This Melbourne startup wants to be your very own butler 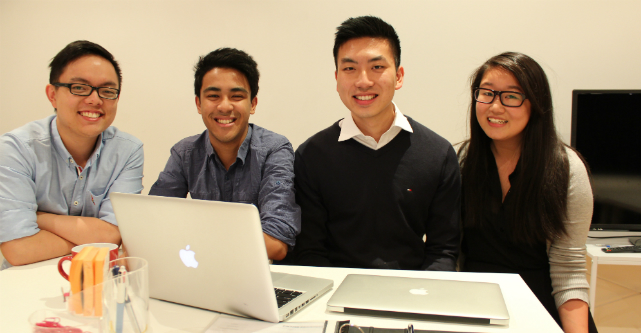 If you’re someone running a business, starting one up or leading one to victory, menial house chores may be the bane of your existence.

That’s where Melbourne startup Jarvis wants to help you out.

Jarvis wants to be your personal butler, attending to your groceries, cleaning, gardening, laundry and chores from $33 per week.

“The key target demographic is the time-poor – we want people to be able to get to their weekend and go to brunch or their kid’s football match and not have to bother about the laundry and cleaning,” Jarvis co-founder Matthew Vethecan tells StartupSmart.

Unlike other service platforms in the market, he says Jarvis provides an all-in-one app where experienced butlers can attend to a customer’s every need.

“You’ll get the same butler week in, week out,” he says.

The app learns and predicts what clients want so the more they use Jarvis so overtime butlers can attend to their needs without any effort of the user.

“Once you enter the tasks and errands you want done into our app the first time, your home is on autopilot,” Vethecan says.

Jarvis combines logistics and technology to cluster customers so that local butlers can service specific areas of up to five or six clients, he says.

Vethecan says this model enables butlers to work efficiently by carrying out certain tasks for multiple customers at the same time.

“The business model is built around more task-based efficiencies so everyone’s groceries can be done in the one hit,” he says.

“This way we’re able to get our prices so low.”

Following a beta test of about 20 customers in Richmond and South Yarra, Vethecan and his team have launched the app more widely across Melbourne.

After running a deal for a free butler for a week on Oz Bargain, Vethecan says he was blown away by the interest.

“We were overwhelmed by the reaction to that and had an overwhelming amount of demand,” he says.

As they plan for expansion across Melbourne and with their sights on Sydney next, Jarvis is looking to expand their team of butlers so they can service more areas such as Carlton and some northern suburbs.

What does it take to be a Jarvis butler?

Jarvis currently has about five butlers and they all share some core traits.

“You have to be detail-oriented, ready to go the extra mile, proactive and able to solve problems on a day-to-day basis,” Vethecan says.

To ensure Jarvis offers a high calibre of service, Vethecan says they have integrated butler training when they join and on an ongoing basis.

“We’ve made a really conscious decision to bring our butlers on as employees,” he says.

He adds this means customers can trust their very own Jarvis butler and will know they are performing to the company’s standards.

“We’ll be monitoring, checking in with clients and butlers to make sure our service is at a level our clients expect,” he says.

Jarvis is the second startup Vethecan has worked on after Connect Education, a platform connecting fresh university graduates with high school students for tutoring.

The biggest lesson Vethecan has picked up so far is choosing the right core founding team.

He co-founded the startup with investment banker Dennis Jap who he has known for more than five years.

“Get the team right and good things happen,” he says.

“Wherever we’ve been able to tap someone that we’ve known really, that’s been our first preference.”