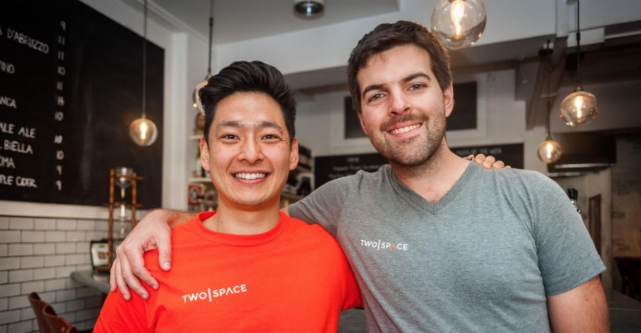 A Sydney startup is set to launch a platform that will transform unused restaurants into thriving co-working spaces for startups, entrepreneurs and freelancers.

TwoSpace is looking to capitalise on the growing freelance economy and will be partnering with restaurants to turn the space into co-working room during the day when it isn’t being used.

“The biggest vision is really just in the spirit of the sharing economy, future of work and sustainability, to connect any unused space with people that need space.”

With more than 350,000 Australians switching to freelance work in the past year, there’s a growing need for workspaces that are affordable, appropriate and congenial – and Dorjee knows this all too well.

“I’ve been doing startups for like six years, I’ve traveled around the world [and] I’ve always had to work from cafes,” he says.

“In cafés, I’d be surrounded by students or other people who are too loud.”

TwoSpace will launch next month at their first partner restaurant Casoni in Darlinghurst, with support from Optus Yes Lab.

While the startup is starting with a focus on restaurants and pubs that go unused by day, Dorjee says Two Space has scope to partner with a whole range of other spaces.

“Any industry or any building that has dead space, we can bring it to life,” he says.

Dorjee, who recently made a small public post about it on a Sydney startup blog, says excitement for it is starting to surge.

“It was like fuck it, I’m just going to post something because it’s three weeks to launch,” he says.

“We had a great response, it got up to 300 likes and was shared 30 times. Every single comment was like ‘oh my God, this is amazing’. We got a lot of restaurants hitting us up wanting to partner.”

An unconventional approach to co-working

TwoSpace will generate revenue through subscriptions and its profit-share model will benefit business partners, such as restaurateurs, with more foot traffic and cash flow.

“If you’re a TwoSpace monthly member, you’ll get access to any office in Sydney, Melbourne, Singapore or Hong Kong,” Dorjee says.

Dorjee and Walker are personally connected with entrepreneurs and tech communities in these cities and the idea for TwoSpace actually came from one of their favourite restaurants in Singapore.

“It was a café by day and a pizzeria by night – why don’t more people do that to make use of the space?,” says Dorjee.

Over the next 12 months, Dorjee and Walker says they will be working closely with local experts including real estate agents to help them build up their network of unconventional co-working spaces.

“The main goal for us within the next few months is for us to be secure in Sydney and the next obvious one is Melbourne,” Dorjee says.

A big part of the value offer, he says, will be affordability.

“For me personally as an entrepreneur, I really couldn’t justify the subscription of some of the co-working spaces out there,” he says.

“Even though they’re great, they’re expensive.”