“I probably underestimated myself”: How Linda Eddy beat the odds and built ‘Uber for waste’ app EzyBin 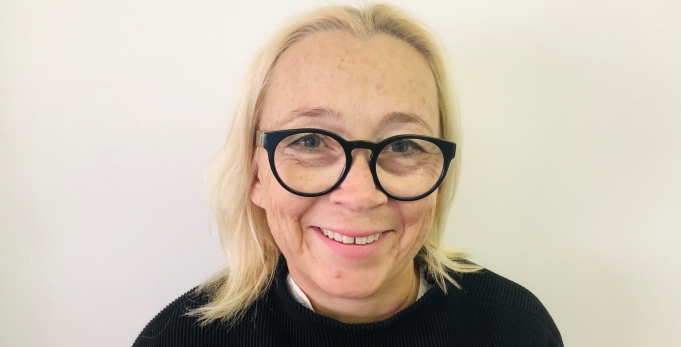 After more than 15 years in the waste industry, Linda Eddy figured it was time for things to get a bit easier.

Having bought her waste-management business from her husband’s father, the couple had branched it out into “everything we could”, offering services for document recycling, skip bins and wheelie bins. But for Eddy, the industry still lacked simplicity.

“We’ve been in it for a long time, through the highs and lows of the recession, the carbon tax. Since my husband stepped away from the business I’ve been trying to simplify and automate as much of the waste-management system as possible,” she tells StartupSmart.

Eddy’s efforts have culminated in the launch of EzyBin, a self-described ‘Uber for the waste industry’ that connects users with skip bins on demand, and facilitates their delivery, pickup and payment.

EzyBin today is a polished and well-designed app, but Eddy says the project took four years to get to that point, starting out as a simple online booking service for skips.

“What I thought it would be then is totally different to how it’s evolved. It started off as a fairly straightforward process, but once we got into the nitty-gritty of the industry it got quite complicated,” she says.

“Some developers really struggled with those complexities, but I was determined to get my vision across.”

While ordering a skip to dump your waste into might seem like a simple concept, Eddy says, in reality, there are a “lot of variables” which can throw spanners in the works. This includes the type of waste being dumped, the size of the bin, regulations involving where the bin is placed on the street and how long the bin is needed.

“There are over 500 councils across Australia and they each have different requirements around skips,” she says.

But Eddy’s complications with building EzyBin went beyond council regulations, with the business owner speaking to SmartCompany earlier this year after the collapse of app-development darling Appster.

At the time, Eddy claimed the company had cost her nearly half a million dollars, with the end-product being nearly unusable, and the business owner forced to find other developers to make EzyBin a reality.

She says the screw-around with Appster significantly delayed EzyBin’s launch, saying it “probably should have been launched at the end of last year”.

Instead, the business owner employed a single full-time developer who has built the app in-house, a choice she says has been a good one and allows her to keep a close eye on the app’s development.

Since launching last month, EzyBin has seen modest growth, with about 500 app downloads and some business starting to come through. The company is also starting to sign up drivers and bin providers from other waste management companies across the country.

“The idea is it’s your business, your bins, your price. We get them all the work and there are no hidden fees for either them or the customers,” she says.

EzyBin plans to be available Australia-wide in the next few months, and then it’s on to New Zealand.

Being a non-technical founder who has passed the 50-year-old milestone, Eddy says there have been some times where she’s faced some scepticism about her plans, with some other business owners asking her “why do this now?”

“Well, because it’s exciting and it’s an achievement. There have been a few times where I felt like I wasn’t really savvy about an area, but I think I probably underestimated myself to begin with,” she says.

“It can be hard to be 100% confident in an area you don’t have the knowledge in.”

NOW READ: The Uber for removalists: How this founder is shaking up a “boring and backwards” $2 billion industry