“You never stop learning”: Why choosing the hard path paid off for TruePillars founder John Baini 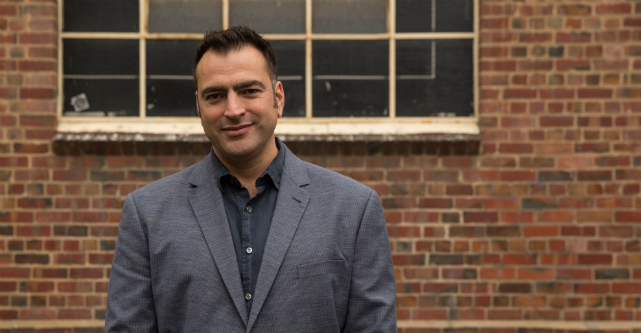 John Baini arrived in Melbourne with an idea.

Working in the banking sectors in London and Dubai for more than 15 years, Baini witnessed the rapid growth of peer-to-peer lending in the global fintech hubs, and decided to return to his hometown to launch his own venture.

This was two years ago, when the financial concept of P2P lending was virtually unheard of in Australia, but instead of aiming to launch his startup, TruePillars, quickly to capitalise on the opportunity, the Melbourne-born entrepreneur decided to take his time and do it right.

Doing it the hard way

From the very beginning Baini says he wanted to focus on transparency and ensuring the platform would be accessible for all investors, not just wealthy wholesale ones.

This inevitably led him down a long and tumultuous path.

“It’s been 18 months and a whole bunch of planning,” Baini tells StartupSmart.

“We felt it was very important that we were able to have the platform open to all investors, unrestricted. And we wanted to be very transparent with everyone so even the small investors could come to the platform and build a diversified portfolio of investments.

“It’s not an easy path to have chosen but it’s really important.”

“Both of these have taken a good 12 months,” Baini says.

“It was all about planning first and then actually doing it.”

After nearly two years of development, TruePillars has received ASIC approval and will officially launch any day now.

“That we’re now on the cusp of going to market is really exciting,” Baini says.

TruePillars offers an online two-sided platform allowing retail and wholesale investors to fund loans for SMEs. The loans can range from $15,000 to $250,000 across a five-year period, with investors able to contribute as little as $50 to as many businesses as they want.

Small and medium businesses can apply for a loan, with the application then assessed by a group with banking and finance backgrounds. Those that are approved are then listed on the platform with investors able to bid for the loans in real-time.

As the auction continues, the most expensive bids are eliminated, with the system giving the business the best composition of all the bids.

Baini says that a core focus on transparency underlies this entire process, serving to offset some of the concerns swirling around the peer-to-peer lending space.

“That’s what’s different between us and a lot of the other platforms,” he says.

“The investors who come in on the other side actually get to see what the busineses do, where they’re based, what the money is for, financial information and risk assessments.

“The investor is completely empowered to decide which business loans they want to fund and they can then place bids in real-time.”

TruePillars has been bootstrapped by the founders along with funding from a group of family and friends, with a total of about $2 million backing the new venture.

Baini says that in the two years since he returned to Melbourne to build the startup, the fintech sector has developed to a point where it is nearly unrecognisable.

“The hardest part about coming from London was that fintech and marketplace lending was well-established there, but when I came here in 2015 there was very little knowledge about this sector and its potential,” he says.

“But that has changed rapidly in the last 18 months. This time has been quite phenomenal in terms of the innovation that’s happening. It’s a really exciting place.”

With the imminent launch, Baini says his main goal for the rest of the year is to build up a strong and passionate group of investors and businesses using the platform.

“We just want to be showing that we can execute loans to small businesses that are looking to grow and do something transformational,” he says.

“We’re trying to fill a gap for small businesses. It’s a really important time when a business is doings something meaningful and it needs time to realise the benefit of an investment.

“We want to get to the end of the year with a good group of busineses who can stand up and say that by getting a loan they were able to grow, employ more people and innovate, as well as a really happy group of investors on the other side.

“Then we’ll be happy. That’s what we’re all about.”

Despite moving to the other side of the world, successfully navigating the regulatory minefield and launching a promising new fintech, Baini says the learning process has only just begun.

“It feels like I’m still learning. You never stop learning.”