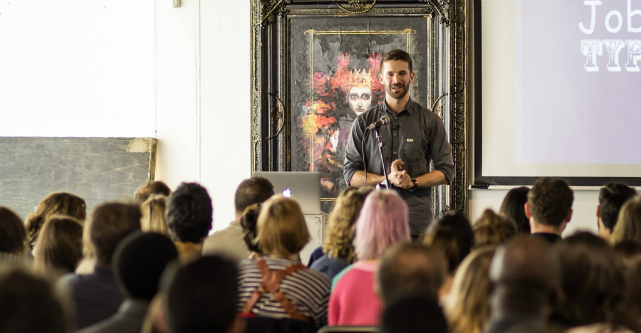 A globe-trotting Aussie entrepreneur is on his way to one of the biggest tech conferences in the world after winning a Queensland pitching competition, fresh off becoming the first foreign startup to be accepted into French accelerator Numa.

Corilla founder David Ryan says he has made a deliberate effort to immerse himself in different startup ecosystems around the world and to put himself outside of his comfort zone, and says he has learnt a number of lessons from this process.

Corilla is a collaborative cloud platform for technical writers enabling them to author, manage and maintain documents at scale.

At Numa, he says he was able to benefit from the Paris-based accelerator’s specific focus.

“The first rule of accelerators is no one is like the other.”

After completing the Paris acceleration program, launching a beta and returning to Brisbane he was invited off-the-cuff to present his startup at a live event.

He later discovered it was for a pitching competition at Advance Queensland’s innovation summit where the top prize was a free trip to world renowned TechCrunch Disrupt.

Following months and months of pitch practice with the Paris accelerator, Ryan was more than prepared to present a compelling case for Corilla, with globally-enriched knowledge to answer any nitty-gritty questions.

During a previous role as a technical writer at Red Hat, Ryan says he quickly moved to make is role more innovative.

“I made myself the startup guy,” he says.

“I used up all my leave exploring the ecosystems in Europe, the US and India.”

Ryan says these international ecosystems are all “wonderfully different” and provided him with useful insights into what makes a great startup community.

“If we think of Silicon Valley as the sun and we’re all orbiting it, what are the planets doing?” he says.

He says that while the startup capital is world-leading, Australian founders should consider also exploring ecosystems around the world like Amsterdam, France and India.

“There is a strong advantage to immerse in other ecosystems,” Ryan says.

In India, he was amazed by the massive interest and turnout of people at startup events.

He says the startup ecosystem there has a big culture of self-sustainability with a great amount of support between people in the community.

As a guest speaker at various startup events, Ryan says there was a distinct friendliness, openness and thirst for knowledge in growth and improvement.

“It’s ‘how as a community can we level up’, ‘what is the lesson you’ve learned’, ‘how can we apply this at scale’,” he says.

Ryan says there are amazing opportunities and startup developments occurring in other ecosystems like France.

“The belief [there] in the power of French startups is stunning,” he says.

“You see how strongly they support each other.”

Going in as a couple of folk from down under sparked a new light at Numa.

“With Corilla, we basically walked in and said, ‘G’day matey’,” he says.

Bringing in their affable Australian nature, they openly shared with fellow startups in the program what they’d learned, what they messed up and what they were doing well as they developed.

“Cultural clichés aside, Australia is a very cooperative community,” he says.

“France’s schooling system is about perfection and excellence so while it is friendly, it’s very competitive.”

On his return to Brisbane, Ryan says he was more than impressed by the amount of government and policy changes like Advance Queensland to grow the local startup community.

“It has grown so rapidly based on the hard work of people driving this on their lunch break, working overtime and on weekends,” he says.

After travelling to ecosystems across the globe, Ryan says Australia needs to move past the tall poppy syndrome.

“If we support ourselves even when it looks like we’re competing with US giants, we might see some other opportunities that the US companies can’t see,” he says.