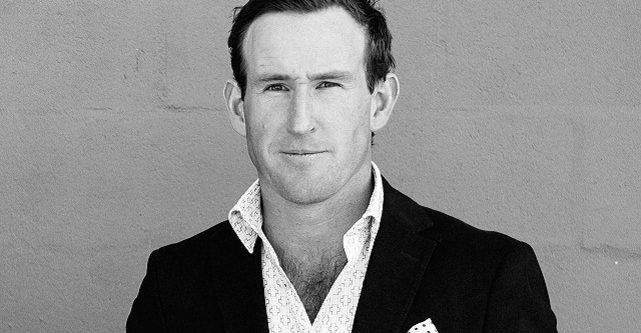 Got an idea for a great venture but don’t have the tech expertise? Going it alone will only be a waste of time, says The Gift Collective founder Charles Roche.

The former contestant on reality television show Farmer Wants a Wife practised as a lawyer before going back into the family business of agriculture, but in 2014, he decided to try his hand at building a tech startup by developing an easy to use online registry service for weddings and special events.

A couple of years in, the business is turning over $50,000 a month, but Roche says the process has involved him making every mistake in the book.

“As much as it’s painful to admit, I really read every startup book I could get my hands and then made every mistake I could off that advice,” he tells SmartCompany. When starting out, the idea was clear, but Roche needed help with the tech logistics.

“And I’d say if you have an idea, before you do anything, develop a core team of two or three people who are as committed as you are to it. If you haven’t got that, I really don’t think it’s worth it for non-technical people.”

The Gift Collective takes a 3% fee on the value of the transaction from users who set up registry events, through which a number of invitees can pool funds together for items. The user who sets up the registry then uses the cash to purchase the item themselves, meaning that the business doesn’t need to stock any items or form any brand partnerships.

“We had the option of restricting what people could list on the platform by having a set number of brands, or they could let the customer have the freedom to list any gift,” Roche says.

Finding the people will both the technical know-how and same commitment to the end goals has been hard work, but with a strong team now in place, the business operates out of Sydney co-working space Fishburners, which Roche says has been critical both in terms of motivation and problem solving.

“The enormous benefit of a space like Fishburners is a community,” he says.

“With their online discussion forum as well, you can post any issue you’re experiencing. It’s also just a dynamic, successful, innovative space.”

Roche was drawn to entrepreneurship from the world of agriculture, which is giving rise to an increasing number of startup founders, most notably in the ag tech space. Roche says there are similarities between entrepreneurship and farming that explain some of this.

“Farming is very much an exercise in problem solving, and I think agriculture, like all industries, is rapidly evolving with startups from those with an agriculture background,” he says.

Roche’s reality TV experience has piqued the interest of many, but reflecting on the experience he says it actually increased his match fitness for the startup world.

“Farmer Wants a Wife, it’s an exercise in vulnerability, and once you’ve been through that, well a startup is also about putting yourself out there,” he says.

“It’s all about building relationships.”