From a hackathon to the global stage: How Angela Liang discovered Lustr 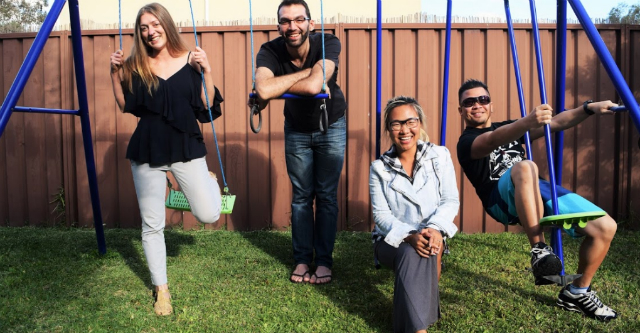 Lustr founder Angela Liang had only recently entered the world of fashion when her idea for a business-to-customer platform that could spark new life into the local designer market hit her.

But the idea may never have seen the real world if Liang hadn’t decided to enter a local hackathon.

Read Part 1 of Liang’s story: From hating life to launching a startup

“I’d been roped into it by someone who said register now for free,” she tells StartupSmart.

But what Liang didn’t know was this free ticket would lead her to the founding team for her new startup, Lustr.

Walking into the hackathon held by AngelHack, Liang was thrown in the deep-end, walking around the room looking for someone who’d believe in her vision.

“I didn’t know a single person,” she says.

“It was almost like that new day of school.”

Only able to find one person keen on her idea, Liang nearly called it quits and left.

“Then we found two other people standing alone and they were about to call it in and go home.”

The four strangers banded together and ended up winning the whole event, giving Lustr a fighting chance through a spot in AngelHack’s global accelerator.

“The next question was, ‘we’re a bunch of strangers – are we able to commit the next three months to this?’” she says.

From the instant connection she felt with the team, they all knew the answer.

“We thought ‘fuck it, let’s just do it’. What’s three months in the scheme of things?” she says.

Liang and her team built a minimum viable product (MVP) within four weeks of the accelerator program and by week nine, they were announced as one of the teams selected to pitch at AngelHack’s global demo day in San Francisco.

“We were actually the top scoring team of all 43 [accelerator] teams globally,” she says.

“We’re the only team form Australia.”

At the end of October they will be flown over to commence intensive pitch training before they hit the big stage to share their story with high profile investors from around the world.

The team is highly focused on bringing Lustr to the market, testing its first round of users while collecting critical feedback and user insights to help them fine-tune the product and develop the right features.

“We’re in the process of on-boarding about 100 emerging designers,” Liang says.

“Once we finish on-boarding designers, [we’ll] open up the beta to shoppers and early adopters.”

With about 500 shoppers pre-subscribed, Liang and her team are working to drive up these numbers.

Wanting to create an engaged and active community for emerging designers, Liang is keen to ensure the team focuses on creating this from the get-go.

“[We’re] not trying to be another marketplace where you go and buy stuff,” she says.

In the lead up to demo day, Liang and her team will be filmed as part of a documentary for Angel Hack and she will also be speaking at the Lady Problems hackathon at Spark Festival in Sydney.

“This whole thing didn’t exist two-and-a-half months ago,” she says.