From baggage handling to a $1 billion dream: Melbourne startup Rack builds “Instagram for shopping” with the support of AFL stars 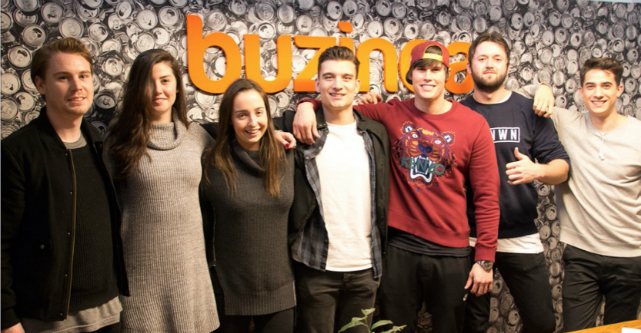 Fashion and consumerism: these are the two big trends a Melbourne startup is planning to leverage in the hopes of one day hitting a $1 billion initial public offering.

In early 2015, former airline baggage handlers Ben Morris and Daniel Jefic pulled together more than $25,000 in personal savings to start working on a new app: Rack.

“Our vision is to be the biggest B2C [business to consumer] social shopping platform in the world,” Morris tells StartupSmart.

While Rack isn’t the only startup fighting for a lead in social shopping, Morris is confident it will go the distance with support from some high profile investors and TV personality Didier Cohen on board as a creative director.

It’s like the “Instagram of shopping”, says Morris, in reference to a reaction from one of Rack’s early investors Tommy Sheridan, a Fremantle Football Club player.

“The idea came from us just sitting in our room trying to come up with something—we always just wanted to build an app,” Morris says.

After toying with a few ideas in e-commerce, Morris says the pair landed on the concept of Rack. It’s an app that lets consumers post what they’re buying and from which stores.

“The only testing we did was we did a workshop with [app developer] Buzinga,” says Morris.

“We got feedback from friends and family and just trusted our gut.”

To bring the app to market, Morris and Jefic raised $150,000 in seed funding at the end of 2016 from friends in the AFL, including Brandon Ellis from Richmond Football Club, Jonathan O’Rourke from Hawthorn Football Club and Sheridan. Morris says Rack also secured a $42,000 government grant for research and development.

“I’ve got a few friends in the AFL and they’re very like business minded,” he says.

“I’ve been friends with his fiancé for like 10 years. He actually gave us the name [for Rack].”

Since launching in January this year, Morris says Rack has been downloaded nearly 2500 times, despite spending “zero dollars on marketing”.

Rack is up against other Australian-founded social shopping apps like Facebuy, an eBay-inspired social network which launched in 2013, and Foenix Closet, which raised $500,000 in 2016 to support global expansion plans for its app that converts followers into buyers.

Reflecting on his startup journey to date, Morris says beginning with the end in sight is a crucial first step in being an entrepreneur.

“You literally just have to focus on what you’re doing … eventually, you will be successful.”