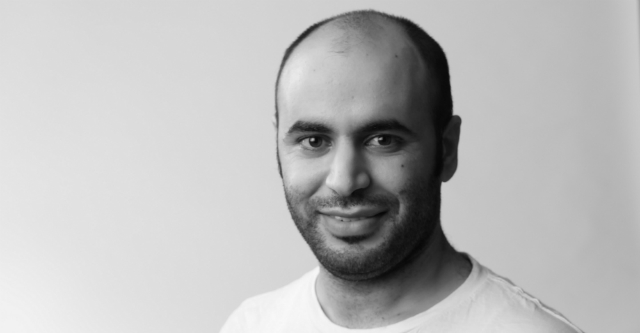 A Syrian refugee who is building a platform to tackle one of the biggest challenges refugees face when starting new lives in Australia has won a chance to show it off on the world stage.

The winner will score $15,000 in cash, a seat in The Difference Incubator’s $150,000 investment readiness program, and a trip to the Social Enterprise World Forum, which will be held in New Zealand next year.

On November 22, four impact-driven founders including Refugee Talent co-founder and CTO Nirary Dacho will celebrate their graduation of TDi’s Two Feet program by going head to head in a Dragon’s Den-style startup battle.

Dacho started working on his venture at the Techfugees hackathon in Sydney last year where he met his co-founder Anna Robson.

He had just fled the Syrian war, coming to Australia with his family ready for a new life.

“I was a lecturer in university for IT and telecommunications,” he tells StartupSmart.

“After the Syrian war started, we escaped from Syria to Lebanon where I spent one year working for an IT company, then we applied for a humanitarian visa and after one year, we got accepted.

“We arrived in Australia last year on the 18th of June [and] the next day, I started applying for jobs.”

Despite having nearly a decade’s worth of IT experience and being highly qualified, more than 100 of Dacho’s job applications were knocked back with the same response.

“You don’t have local experience,” he says.

It’s a plight shared by many refugees and immigrants starting new lives in Australia, and one that Dacho hopes to solve with Refugee Talent.

“I couldn’t imagine it would be so hard,” he says.

Following a televised interview on Dateline, where Dacho exposed the incredible difficulties he and others like him have in securing employment, he received 10 job offers from around the country.

“Businesses want to help refugees but they don’t know where to go, so we started to build this platform for that,” he says.

It helps “unlock refugee potential” by matching users with volunteering positions, apprenticeships, internships and paid jobs that reflect a candidate’s expertise and experience.

Dacho and his team are now working to expand the platform across Australia.

It currently operates in Sydney and Melbourne with 60 businesses and 100 refugees signed up.

“The big vision is we will be the number one solution for refugees to find employment,” he says.

“We are now doing the right mission, we are in the right position.”

Meet the other contestants for TDi’s pitch contest: