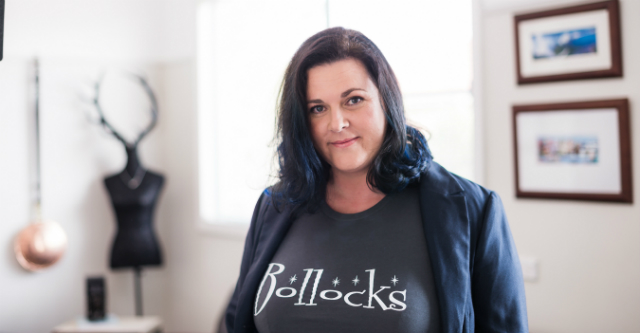 Sydney-based entrepreneur Jacqueline Haines has encountered her fair share of challenges in her quest to turn the whole notion of “sex sells” on its head.

The former engineer is the founder of Vävven—an impact-driven startup aiming to combine the world of sex and pleasure with education and change for sexual and reproductive health rights.

This social challenge is a global one that affects communities in different ways, from “slut shaming” and “rape culture” in Australian schools to diseases such as HIV and AIDS in Zimbabwe.

In addition to publishing content, the Vävven site sells ethically manufactured sex toys and other products like beard tonic.

A third of all profits is donated to non-government organisations that champion sexual and reproductive health rights.

“This could turn into a movement,” says Haines.

While many non-profit groups may already be tackling these problems, Haines says a lack of funding has been a significant barrier.

“In nearly ever facet you would look at in this umbrella [of sexual and reproductive health], solutions already exist,” she says.

“But it’s how do you get funds into aid organisations to affect the change. These are issues that should be solved within my lifetime.”

“Society is liberating, we are becoming more open about these types of conversations but we still have a long way to go,” says Haines.

This covertness around sex and mainstream notions of “morality” have given Haines and her startup many unexpected challenges—from advertising, to securing funding and sourcing products.

“We don’t engage in objectification whatsoever but we’re considered as not being able to advertise on social media,” she says.

“Banks for instance are very reluctant to touch you.”

One of the biggest challenges was the search for sex toys and products that are ethically manufactured.

“At one point, we only had three products that passed our ethics test,” she says.

In an effort to lift the standard of the industry, Haines has spent the past two years building up an inventory of these goods and Vävven is finally open for business.

“It has been a very long haul,” she says.

From engineering to social change

During her extensive career in heavy industry engineering, Haines says she felt a deep desire to use her experience and business acumen for good.

Watch more: What keeps Jacqueline Haines and other Australian entrepreneurs up at night

“With age you start to become a little bit conscious about society and things not going so well [so] I made the choice to move into social enterprise,” she says.

“One thing I don’t like about charities is they’re not necessarily standing on their own feet and [rely on] pulling on heart strings a lot.”

“Anyone who studies engineering could eventually do anything. It’s an amazing skill set you learn and I’m not quite sure people realise how valuable that skill set is,” she says.

“From heavy industry, it’s highly regulated—the sex industry is not. Bringing that framework across has definitely impacted on [the] type of products we’re putting out.”

Haines believes engineers are among many other professionals who can solve some of the world’s greatest problems.

“We [should] have more entrepreneurs move into this space with this understanding of: yes you can do good and earn well,” she says.