The battle for open access is far from over 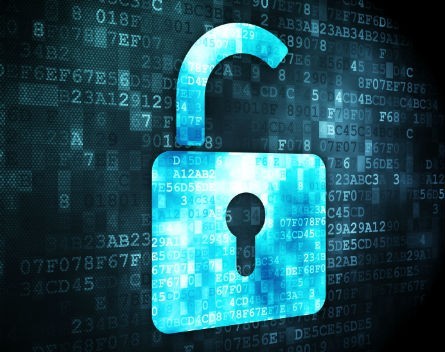 It also marks three years since the Australasian Open Access Support Group (AOASG) – a coalition of nine Australian universities and now the Council of New Zealand University Librarians (CONZUL) – came in to existence to advocate for OA in this region. So it’s a good time to reflect on where we are with open access today.

What’s more frustrating is that we have yet to maximise the opportunities offered by the internet in ways comparable to the effect it has had on our daily lives.

Why progress has not been universal can probably be traced back to the origins of open access. Back in 2003, the only major open access publishers were PLOS and BioMedCentral. Meanwhile, traditional publishers were largely ignoring OA.

Yet, one view was that we were heading for a world where everything is published in open access journals. This was to be funded by publication fees – a model called “gold open access”. In a world where journals still charged hefty subscription fees, this proved hard to implement unilaterally, even though some countries, such as the UK, tried.

Australian university presses – such as at the Australian National University, University of Adelaide and University Technology Sydney – did develop alternative models of open access, particularly for monographs, which attract more than 1.5 million downloads per year.

The Queensland University of Technology was the first university in the world to establish an OA mandate for research publications. In addition, many Australian universities now have OA policies in place. These repositories are heavily used, with QUT ranked 11th out of 2,188 in one institutional repositories ranking, for example.

In retrospect, moving to OA was always going to be more complex than these original visions, and there remain some essential features that are not yet settled. One of the most important of these is the confusion still apparent between “free” and “open” access. These terms are often used interchangeably, yet there is a huge different between them.

“Free” only means that articles can be read, and may be subject to an embargo before becoming free. “Open”, when used correctly, means not only free (and immediate) access, but includes rights of reuse, all clearly denoted by a license, Creative Commons.

Why does this difference matter? Since the early 2000s, many hundreds of enterprises have sprung up to innovate in all aspects of publishing, ranging from new ways of publishing parts of articles, through to innovation in peer-review, and new business models for journals and books.

Crucial infrastructure was also put in place to allow seamless cross referencing of papers, unique identifiers for articles (and parts of articles) and for individual academics. What will maximise all of these innovations is the scholarly literature being truly open, not just free.

There are also other forces at play working to oppose this rise of innovation and openness. One of the most important is the consolidation of journal ownership by a handful of for-profit publishers.

In some disciplines, such as chemistry, more than 70% of the journals are owned by only five publishers. One, Elsevier, noted (in a lawsuit) that “it is home to almost one-quarter of the world’s peer-reviewed, full-text scientific, technical and medical content”. This increasing acquisition of journals and associated services can only have a chilling effect on innovation.

The debate about the relationship between the traditional publishers and open access was brought to the fore recently in a way especially relevant for open access week. Elsevier announced that it was “donating” free access to a small number of Wikipedia editors so they could provide links to Elsevier articles from Wikipedia.

Wikipedia has been a proud champion of openness, and many of the links within Wikipedia are to open content. Yet, much of the academic literature is still not OA and requires subscriptions to access.

Elsevier’s donation was greeted by fury, with some OA advocates (dubbing it “Wikigate”) arguing it was a betrayal of Wikipedia’s principles, and would also only maintain the status quo as espoused by Elsevier.

In response, Wikipedia argued it was being pragmatic. It is “writing an open-access encyclopaedia in a closed-access world”, and it was in everyone’s interests to have Wikipedia editors have access to as wide a set of material as possible.

This debate illustrates nicely the compromises that open access publishing is now facing. There won’t be one neat answer as to how we make the academic literature more open, and perhaps in retrospect that’s to be expected.

But it does mean we are moving from a time of pure advocacy into a time where pragmatism and negotiation will be crucial to make open access a reality.