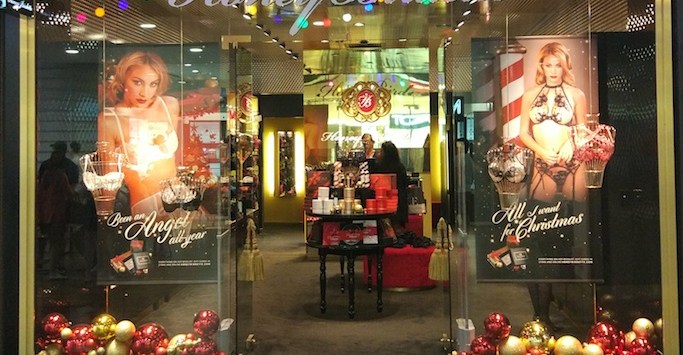 Australia’s advertising watchdog has ordered lingerie retailer Honey Birdette to take down a poster advertising campaign after viewers complained images were “sexualised and explicit”, but the company says its ads are hitting the right note with customers.

The campaign in question consisted of a number of shop-front electronic billboards displaying some of the brand’s lingerie ranges. One billboard was advertising the “Paris” line of lingerie, and the Advertising Standards Board (ASB) reports the model’s nipple were visible in the photo.

A number of complaints were registered regarding the ad, all from viewers who had seen the advertisement in the company of young children. One complaint criticised the ad for being next to youth-focused stationery store Smiggle.

“I have no problem with the store product, I would like to purchase items in there for my wife,” one complainant said.

“But do not see the need to have such sexualised and explicit posters in the store window of a family centre like Westfield, especially when that store was next door to Smiggle which I was taking my 2 daughters to.”

Another complainant said the image was “too sexually explicit to be in a shop entrance in a shopping complex”, noting they were in the shopping centre with their young sons.

In a response to the complaints, Honey Birdette did not defend its advertising, instead advising the standards board that new imagery had already been rolled out for the campaign, and the old images were being taken down.

“I walk through a shopping centre and see twenty male nipples, but you put on slight hint of pink and somehow it’s not the same thing,” she says.

“We are very responsible with our advertising, but at the same time we are a lingerie brand and we do want to sell our products.”

Monaghan says while she disagreed with the decision, changing the posters and responding to the ASB was no big deal, saying it was “a bit of white noise”.

“We’ve got a database of 250,000 women in Australia and our advertising is certainly connecting with them,” she says.

Speaking to SmartCompany, director of InsideOut PR Nicole Reaney says Honey Birdette is “renowned” for pushing the envelope when it comes to advertising, and therefore wouldn’t be a stranger to complaints made to the advertising standards board.

Reaney believes the lack of defence by the brand shows it may be aware it crossed the line.

“With the advertiser not immediately refuting complaints – it can be seen to demonstrate that they recognise boundaries may have been crossed. The brand may not necessarily see it as ‘damage’ but a means for sparking social conversation,” Reaney says.

In the determination, the standards board considered whether the advertisement breached section 2.4 of the Code of Ethics, relating to advertising treating “sex, sexuality and nudity with sensitivity to the relevant audience”.

Despite noting the model’s pose and the featuring of lingerie in the ad was not inappropriate, the ASB said the visible nipples in the advertisement were not in line with the code.

“The Board noted that while nipples may be acceptable in some circumstances, depending on the overall impact and relevant audience, the Board considered that in the context of a lingerie advertisement in a store window a depiction of nipples is a high level of nudity,” the ASB said.

Determining the image was not appropriate for a “broad audience of a shopping mall which would include children”, the board upheld the complaints and ordered the ad to be taken down. The company responded, providing notification that the ad had already been removed.

This isn’t the first time the company has fallen foul of the advertising code, with a campaign in early 2016 coming under fire for the use of Santa Claus in an advertisment.

Companies advertising sensitive products such as lingerie need to take into consideration the “portrayal of product, imagery, placement, location and timing” says Reaney.

“Being located next to a children’s shop is likely to draw in consumer complaints,” she says.

Honey Birdette notified SmartCompany that its poster image had been changed from the original photographer’s image. A comparison of the two can be seen below. 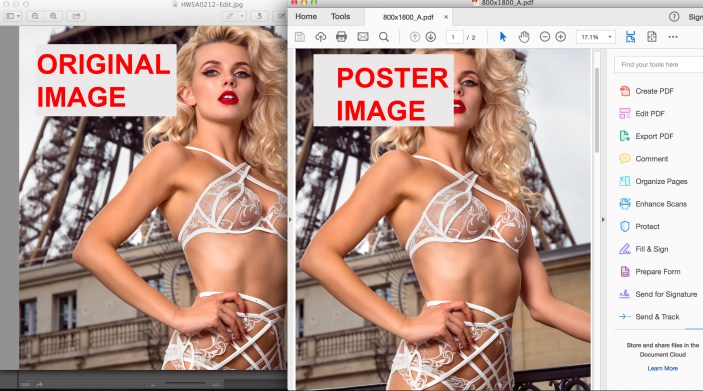 A comparison between the original image and the poster image. Source: Supplied.

We really have descended into the nanny state. Babies see nipples from birth. Men have them, dogs have them. Perhaps its the complainants who need counselling. They have a distorted and unhealthy understanding of the female form.