Don’t make claims you can’t deliver on – and hold the chilli! 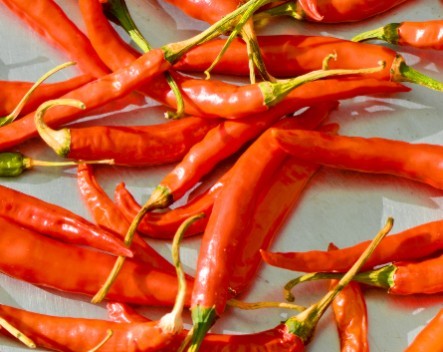 Many moons ago, in an office not too dissimilar to Taskmaster Towers, your humble correspondent worked alongside a salesman who often made factually dubious claims. If you’ve been in an office for more than five minutes, you’ve probably met someone just like him.

No matter what the topic of conversation, Len had to top what everyone else said. If someone had a fast car, Len had a liquid nitrogen-powered turbo-charged V12 engine in his. If you just bought a new, extra wide LCD TV, he would start talking about how his home theatre system was better than the one at the local Hoyts.

Some people came to be slightly dubious about the jet-powered super car as Lenny drove to work in his beat-up late ‘70s brown Corolla with a missing side mirror and a bumper bar held on through the car’s grille with a skipping rope. Of course, he was always borrowing his partner’s/dad’s/cousin’s car while he had new tailpipes fitted.

One pitied the poor mechanic who apparently had to put up with Lenny on a near daily basis!

Anyway, one day the topic of conversation at work turned to chilli, and how “hot” by Australian standards was usually pretty bland by the rest of the world’s. Naturally, Lenny had to jump in. Turns out, he’s the chilli king.

“Jalapenos? They’re nuthink (sic) mate,” says Lenny the chilli king. “I’ve been right through Latin America, the Indian subcontinent, southeast Asia… and all their food was bland to my tastes.”

This was music to the ears of one Taskmaster. A fellow chilli connoisseur in the office!

You see, when cooking, your humble correspondent uses chilli flakes and paprika like most cooks use salt and pepper. Sort of like how habanero sauce is the perfect substitute for tomato sauce. And what kind of a cook would send out a plate of food that doesn’t contain at least a couple of jalapenos?

Over the years, many close friends and relatives have grown wary of the food that comes out of this author’s kitchen. When Old Taskmaster says “this meal isn’t that spicy,” a look of deep suspicion and alarm falls over their faces – the kind a bloodhound gets when it thinks it’s being watched.

It’s similar to the aghast look they get when Old Taskmaster goes to a Japanese restaurant and orders extra wasabi.

Anyway, the next day Old Taskmaster showed up to work with a big bowl of freshly cooked chilli for the office chilli king.

Old Taskmaster took a heaped spoonful of the chilli. “It’s got a nice flavour to it. Really not that spicy, though. Hope you like it…”

Then young Lenny took a bite.

Almost instantaneously, he dropped the bowl and fell to the floor like he’d been bowled over by a high-pressure water cannon. His face turned a bright shade of red. Sort of like Lucille Ball’s hair – but an even more saturated tone.

While desperately heaving and gasping for breath, Lenny blasphemed the major figures of seven world religions. Perhaps eight – by the end it wasn’t quite clear whether he said “Ahuramazda” or was just letting out a pained, guttural scream.

The scene was almost like that part of The Wizard of Oz where the Wicked Witch of the West melts. Except in this case, the water thrown by Dorothy was filled with many freshly ground chillis.

“It’s… it’s not… splutter… that… gasp… that… spicy…” Lenny, the fallen chilli king, tried to protest.

“Of course not, but it probably could use a little more paprika,” Old Taskmaster replied.

The moral of the story? It can be tempting to be like Lenny and make misleading claims. But be careful – you can end up getting get burnt as a result.