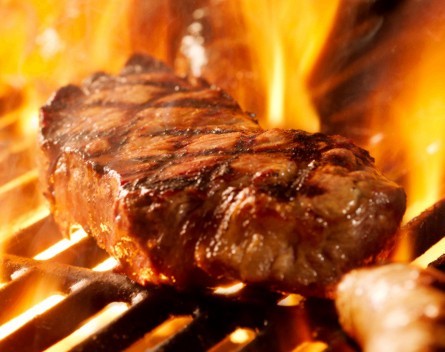 Over the weekend, yours truly was dragged along, under significant duress, to a family barbecue.

“It will be fun!” they said. “You can catch up with your siblings and in-laws and nieces and nephews!”

Of course, it would be un-Australian to not enjoy a good barbecue. But for any food related event to qualify as ‘good’, Old Taskmaster must be in complete control of all aspects of food preparation at all times. No one else is allowed to even look at it during preparation, nor enter the kitchen under any circumstances.

You see, when anyone else is in charge, inevitably the food just tastes bland – if you haven’t used at least half a bag of dried chilli flakes, your food is under-seasoned.

Worse, the man or men in charge of the barbecue almost inevitably manage to turn raw but edible food into something closely resembling a lump of coal. Sure, you might not be as skilled a cook as Taskmaster, but if you can’t get your steaks to a nice medium-rare, you should at least learn to take them off the grill before they’re tough enough to be used as a projectile.

Then comes the clean-up afterwards. To qualify as a ‘great’ barbecue, someone other than yours truly needs to at least put one piece of plastic cutlery or one paper plate in a bin after they’re done, instead of just leaving them laying around everywhere. Needless to say, such events are, unfortunately, a rarity.

And all that’s before the inane chatter that comes with any extended family outing. Now, the prattling that comes from friends is your own fault – you chose ‘em. In contrast, extended families are like bureaucrats and tax officials: Insufferable, self-selecting and nearly impossible to fire!

No wait, they’re worse – after all, no-one is obligated to have to pretend to like bureaucrats, now are they?!

Anyway, during this barbecue, after the traditional serving of the charcoaled dead animals and the unimaginative nearly-inedible iceberg lettuce salad, a voice rang out across the table.

It was – somebody. One of those unknown people who inevitably get invited to family get-togethers despite not being related in any way to the family and not knowing half the people there. Perhaps they’re a well-mannered neighbour or a long-time friend of one of the kids or one of the host’s close work colleagues. Either way, they’re there, they’re unfamiliar – and they insist on talking!

“Oh you’re the Taskmaster! From ‘Smart-up-Start’ [sic]! Janey was just pointing you out! I’m hoping to start a business someday so I read that website you write on. I read your column there all the time!”

The unknown barbecue attendee insisted on starting a monologue about this very blog!

“I remember this one column of yours… The one where you talked about your ranch up in Parts Unknown and how you don’t like politicians, red tape, bureaucrats and meetings!

“And then you talked about John the local fish and chip shop owner and those flatlanders who don’t know how to drive! Do you remember that column? It sounded a little grumpy in tone, I’ll admit. You don’t seem like that in person…

“In fact, you hardly look how I’d imagine you would! Nothing like the photo on your bio! Seriously, I imagined a gruff Lord Kitchener-looking type!

“Anyway, darls, as I was saying, you went on to discuss Brandy Old Fashioners [sic]. And you refer to yourself in the third-person – ‘Old Taskmaster’ and ‘your humble correspondent’!

(They forgot the one catchphrase I was just about ready to bellow in agony – “get off my lawn”!)

The moral of this story? While content marketing and business blogs are effective, never publish anything that you wouldn’t want recited back to you at a family get together. Because sometimes, the only thing worse than no one reading what you write is when someone does.

“You know the one I’m talking about? How, oh how, did that column end? Oh yeah, now I remember.