Google+ gathers together interested parties but is less social overall 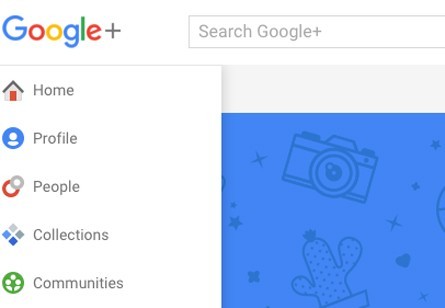 A post on Google’s blog says the Communities tool is receiving 1.2 million new joins per day while the five-month-old Collections feature, which organises posts by topics of interest, is also growing rapidly.

Users will have to opt in to see the new site, which Google says will also be available on mobile phones.

Google is scaling back the social network and refocusing it on shared interests rather than the actual people.

The Hangouts messaging service, a tool for event organisation with the ability to share a location will all be lost with the update.

The launch comes five months after the tech giant used the blog to concede Google+ had lost its way, and committed to reinventing it as a space for people to connect with like-minded individuals over shared interests, rather than touching base with friends.

“Whether it’s the Nonfiction Addiction Community, where people can be found discussing the best in crime or travel storytelling, or the Watch Project Collection, where more than 40,000 people are following an antique watch hobbyist, these are the places on Google+ where people around the world are spending their time discovering and sharing things they love,” the blog says.