LawAdvisor takes $230,000 investment that’s all about the people 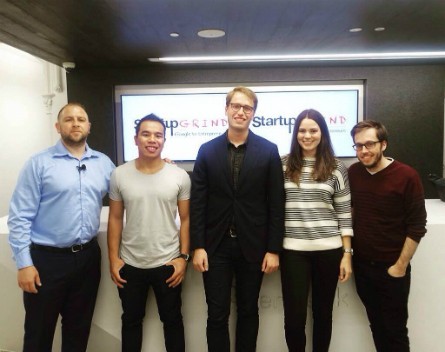 For LawAdvisor founder Brennan Ong, partnering with Startup Grind was all about the people, not the money.

The online platform aiming to “democratise” the legal process has secured a $230,000 investment from the group to close its seed round, but Ong says it was more of a strategic move to bring Startup Grind global startup director Chris Joannou on board.

“We weren’t really looking for investment and we didn’t really need the money,” he tells StartupSmart.

“We were convinced by his enthusiasm and passion for the product, so it is a really good investment for us.”

As part of the partnership, Joannou will become LawAdvisor’s startup ambassador.

“It’s more about the people and what they can offer and their knowledge in the industry,” Ong says.

“Investors are valuable in that way.

“We weren’t really looking for the money but it’s the knowledge that came with it that has been significant.”

LawAdvisor is an online platform that connects people and businesses to verified legal practitioners for free.

The cash injection brings the Melbourne-based startup’s seed round to $680,000 in total, and will be going towards building and testing a new service targeting other startups and small businesses.

“It offers business owners and founders access to all their legal needs and questions that most startups and small businesses will face at some point,” Ong says.

Ong knows all too well the hassle of finding good legal advice as a startup founder – he’s going through the process now.

“We’re finding out how hard it is to access and work with lawyers so we’re trying to build it in a way to suit us too.”

LawAdvisor will be using its new partnership with Startup Grind to test its service in the lead-up to the launch, which will coincide with LawHack – a series of events bringing the sector together with the legal industry.

After launching in late July, Ong says the platform was overwhelmed by the response, and even had to scale back marketing to bring more lawyers on board.

“We were inundated with client demands,” he says.

“A lot of the public firmly embraced our messaging that it’s time for the legal profession to change.

“We had too many clients and not enough lawyers, so we slowed down the marketing to focus on attracting the lawyers.

“That’s about educating them that we’re not a threat to their business – we’re offering a different distribution channel and a way for them to connect with the market.

“After you hold their hand for a bit they’re firmly on board.”

The platform now has just under 1000 lawyers signed on, and Ong says he expects this number to “increase dramatically” in the coming months.

Some major law firms have signed on as well, including Madgwicks, Marshalls + Dent and Gadens.

With the seed round now finished, Ong has already been to Silicon Valley for Series A round discussions, and says that will likely be closed by early next year.

“Everything is looking pretty positive,” he says.