Your smartphone is not a PC, so don’t write apps as if it is one 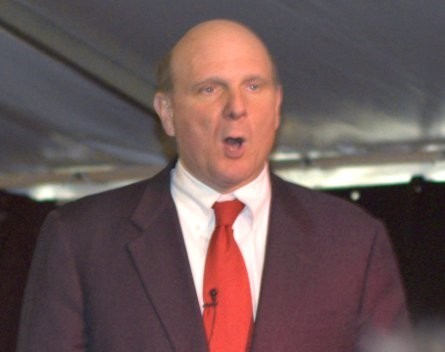 You see, back in January 2000, a man by the name of Steve Ballmer took over from Bill Gates as the chief executive of Microsoft. Microsoft first announced its Tablet PC specification in 2002. It first released its Windows Mobile smartphone platform back in 2003.

In July 1997, three years earlier, Steve Jobs returned to Apple. Yet Apple didn’t release its first iPhone until 2007, and the first iPhone with apps and 3G support didn’t come until June 2008. The first iPad was not released until 2010 – eight full years after the first Tablet PC.

Yet Steve Jobs is widely considered to be a genius and a visionary. Meanwhile, Ballmer is considered by many in the tech industry to be – to put it politely – the complete opposite.

So why the higher regard for Jobs when Ballmer beat him to market – by over five years – in two key product categories? Why does Apple outsell Microsoft (and all its OEM partners) in these two key categories?

Why did the original iPad inspire such brand loyalty where the original Tablet PC inspired many of its owners to use it as a paperweight?

Part of the answer is because Microsoft saw smartphones and tablets as portable PCs. In fact, some of the early Windows smartphones even ran a version of Windows called “Windows Pocket PC edition”. And “Tablet PC” is a good summary of how its first tablets worked.

Unfortunately, while the start menu was a handy feature on a full-sized desktop PC with a mouse and keyboard, trying to navigate one with a tiny stylus on a small screen is about as much fun as tweezing all the quills off a porcupine.

Meanwhile Jobs – or at least his designers and engineers – was smart enough to figure out something really rather simple: A smartphone is not a PC. Likewise, a tablet is not a PC.

It sounds like such a bleeding obvious design insight in retrospect, doesn’t it?

Yet take a look at a company like Fairfax. For years, and to some degree even today, it’s tried to run its online and mobile businesses as if they’re print businesses. The problem is the web is not a print business.

Likewise, many websites and marketers are still trying to cram their full-sized desktop PC websites onto smartphones and hope the experience is “good enough”. The truth is it’s woeful. Good PC web design is not good mobile design.

And, sometimes, it goes the other way. People come up with a great design that works well for mobiles or tablets and try to cram it on to a PC. Ironically, the biggest culprit of this is Microsoft with Windows 8. But again, a smartphone is not a PC.

Let’s make this really simple, so even the managers at Fairfax can understand. Print is not the web. The web is not mobile. Is this really too difficult to understand?

Now, let’s talk about your legacy, boss. Do you want to be remembered as a Steve Jobs? Or do you want the digital legacy of Ballmer and Fairfax?