Get over your job title: Tips to unleash the power of agile development 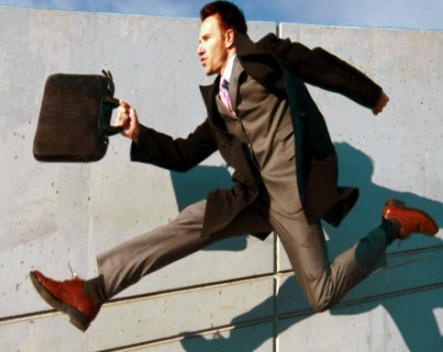 Getting over your official job title and stuck into genuine team work will transform how quickly and effectively you get good products to market, according to a veteran agile development consultant.

Agile development is a product and business development approach in which products are tested, tweaked and reiterated upon quickly.

Innovation and systems thinking consultant James Pierce, who will be speaking at the Agile Encore conference in Melbourne next week, spoke to StartupSmart about his top tips for implementing agile approaches.

Agile development is ultimately about people

Pierce says trying to be agile without understanding the core of the approach can trap start-ups.

“It shouldn’t be a rigid methodology of scheduled tests. The philosophical underpinning is about experiments and learning. People use agile to help their organisation learn faster, to test hypothesis with real customers and make sure their customer’s problem is the motivating factor and guiding light,” Pierce says.

Understanding agile is about processes and ways of working that empower people will help your team flourish, provided they’re willing to explore and stay focused on the end users.

“We need to be a bit less precious about job titles and who does what, and just stay focused on creating value for your customers,” Pierce says.

Test early, test often and recognise testing is the core of growth

According to Pierce, start-ups can struggle to implement agile development effectively because they don’t weave the approach into their processes early enough.

“People always seem to do a lot of building and test it later. But the best start-up teams I’ve worked with build testing in from the beginning,” Pierce says.

Combining your product development, testing and coding team into one unit that meets to discuss the whole project regularly is key.

“Before you start building, work out exactly how your end users will want to work with your product. And then create test version of each use, and test them,” Pierce says.

He adds early testing will empower both your tech and business development team members to be more innovative.

“Early testing drives that experimentation culture, because you know each test works and you’re not wasting time. It’s empowering for the tech people, but for the business end too, because you want find testing to be no big detail.”

According to Pierce, testers and developers are too often treated as second-class citizens, and kept at opposite ends of the product development workflow.

“It shouldn’t be the responsibility of the developers to do all the building, or the testers to make sure they get it right. The most important thing for the team is to create a valuable product for the client, so you all need to be excited about testing as you build,” Pierce says.

Pierce says a key sign agile development approach is beginning to work for your team is when team members deliver their promised work on time, and regularly engage about details and improvements outside of their traditional role description.

“The teams that are really effective have a clear sense of their purpose, they know what problem they’re solving for whom. Good products are rarely built around on an internal target or revenue goal,” Pierce says.