Angela Priestley: “How I learnt to build an app in one day” 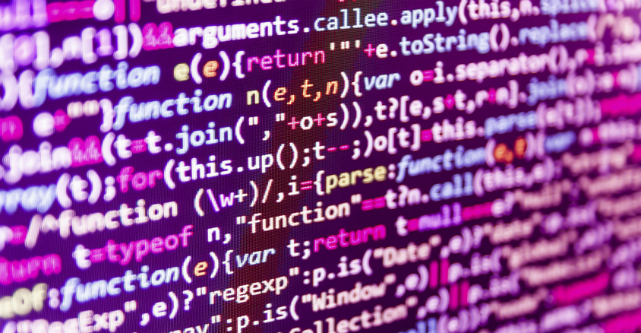 There are few greater satisfactions in the world of tech than building an app.

I know this because I did this last month when I joined a one day Decoded course on learning to code.

The resulting app is proudly displayed on my iPhone. It still requires some work and I am, so far, the only person who has used it. But it’s real and I built it. I even got to pitch my idea to my fellow classmates over a glass of wine — although that’s where my bubble burst. My app idea was the absolute worst of the lot.

I joined the Decoded Code_in a Day course with a small group of men and women who shared varying reasons for showing up on the day. While no one appeared to have direct experience coding, most had some kind of link to tech — such as project management, startups, or in online media.

Our instructors Nicola Steele and Chris Monk made it clear that they wouldn’t be training developers during the course, but they would demystify what goes on with coding, and prove that technology’s not built with magic. They also warned us the day could get exhausting, but that no person would be left behind.

The day’s first session involved a history lesson, and a very good one at that. To start building tech it helps to put what you’re doing in context, and to better understand just how we ended up with iPhones, PCs and the world wide web. It’s here also that it’s comforting to know women have an excellent legacy in tech, despite the fact we’re now significantly underrepresented in STEM-related fields.

Prior to morning tea, we were given the brief that we’d start working on immediately after the break. Each of us needed to come up with an idea for an app where people check into a single location.

I panicked at this and cursed myself for not better reading the pre-course pack and realising I should have thought this through. Was this a wasted opportunity to start work on my yet-to-be determined billion dollar idea? Could I come up with something in the time it took me to go to the bathroom?

When class resumed, and I had a terrible idea to work with, we immediately got to work. We had individual Macs and followed along with Chris and Nicola, but were also given opportunities to break things, to get creative and get just confused enough that we could take in an added lesson while being steered back on course.

We started with the front-end side, looking at the role of HTML, CSS and Javascript, before moving onto the basics of server-side programming languages and databases.

Our instructors were quick to demystify the process and dispel the myth the world of coding is some kind of secret club. We were shown how to access the endless number of free and open tools available for coding, including libraries of pre-existing code, and how simple and easy it is to find what you need by simply Googling it.

Just before 5 in the afternoon, we re-grouped back where we started that morning, took a quick look at the 10 or so different apps we’d created and debriefed on what we’d learned and how it might change how we work and think.

I didn’t leave the room as a developer, nor did I go home and turn the lights out, my computer screen vertical, and start writing out lines of code into the early hours of the morning.

But I did leave with a lot more knowledge about just what’s behind the technology I use and embrace every day. I’m now more confident in my conversations with developers, and much more interested in how the things we take for granted are actually created.

This article was originally published by Women’s Agenda.