Apple and Beats: When musicians and geeks collide 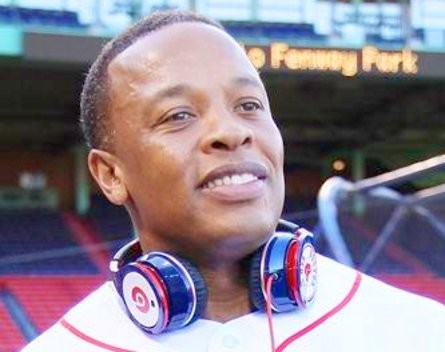 Apple recently announced its purchase of Beats Electronics, for a reported US$3 billion.

Beats Electronics was started by Dr Dre and Jimmy Iovine, and includes the signature headphones range and Beats Music, an online streaming service. With music streaming services gaining popularity, arguably it was only a matter of time before Apple made a move into that territory to take on the likes of Spotify, MOG and Rdio.

Streaming technology is not new, I’m sure many of us remember Realplayer, but contemporary services such as Spotify, Rdio and MOG are the latest significant intervention in music consumption. Fuelled by faster and mobilised internet connections, streaming services are the heavenly jukebox for computers and post-PC devices like smartphones and tablets.

Naturally, streaming services are not without their controversies. Spotify continues to be on the receiving end of critical blows concerning royalty payments to artists, which has led some notable high profile acts such as Radiohead’s Thom Yorke to pull music from the service. And Twitter controversially bought and shut down Australian streaming music service We Are Hunted. Just as iTunes is not alone in the pay-for-download market, Spotify is not the only streaming service.

At first blush, Beats Music, which only started in 2012, is yet another streaming service and has much in common with its brethren. Where it appears to really stand out from the crowd is in its curatorial capacity: like similar services, Beats has deals with all the major labels and streams the majority of their portfolios, but it employs a sophisticated personalisation system that mixes algorithmic and human choices. As Trent Reznor puts it, it’s:

like having your own guy when you go into the record store, who knows what you like but can also point you down some paths you wouldn’t necessarily have encountered.

Beats aims to respond to your tastes more accurately than its competitors. When you have more than 20 million songs at your fingertips, discovery and recommendation systems become increasingly important. Apple CEO Tim Cook is invested in Beats because he believes it’s “the first subscription service that really got it right”, evangelising “how important human curation is”.

The deal represents Apple’s first foray into the market for streaming music. (iTunes Radio doesn’t count as it’s not on-demand), and it’s unusual for Apple to make such a large, not to mention high profile purchase. Historically, the tech company has preferred to absorb smaller companies and integrate their products into its brand.

Why now, why Beats?

Although Spotify has yet to turn a profit, on-demand streaming services are touted as the future of music consumption. Given the steady increase in Spotify’s consumer base, this is plausible especially with younger audiences seeking legal music services but constrained by limited disposal income. There will, of course, always be those who prefer to own music, just as there are still those who swear vinyl is the only way to listen to music.