Apple’s big reveal: Its iPad and MacBook Pro lines get a refresh 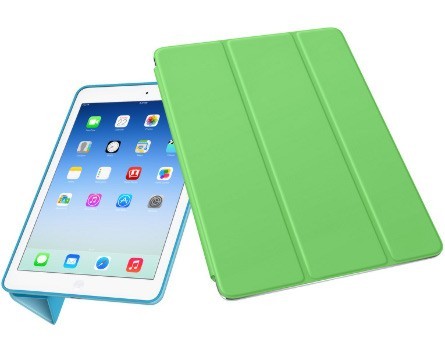 Apple has unveiled a refresh of its iPad and MacBook Pro product lines, with the company also announcing free upgrades to Mac OSX and its iLife productivity suite.

The biggest announcement at the keynote was a new version of the iPad – known as the iPad Air – which the company touted as being 28% lighter, weighing less than 500 grams and containing 24% less volume than its predecessor.

The fifth-generation iPad also sees the introduction of the company’s 64-bit A7 processor, also used in the iPhone 5s, alongside the M7 motion co-processor.

During the keynote, which took place on the same day as Microsoft began sales on its Surface tablets in the US, Apple chief executive Tim Cook had a dig at rival devices using Microsoft’s Windows 8 and Google’s Android platforms.

“Our competition is different: They’re confused. Now they’re trying to make PCs into tablets and tablets into PCs. Who knows what they’ll do next?” Cook says.

“We have a very clear direction and a very ambitious goal. We still believe deeply in this category and we’re not slowing down on our innovation.”

Along with the release of the new iPads, Apple also announced an upgrade to its MacBook Pro product line.

The upgrade includes a new 13-inch MacBook Pro with a Retina display and a dual-core Intel Core i5 processor up to 2.6 GHz and turbo boost speeds of up to 3.1 GHz.

The base model can also be upgraded to a dual-core Intel Core i7 processor at 2.8 GHz, with a turbo boost speed of 3.3 GHz.

Other key features of the upgrade include PCIe-based flash storage, which Apple says is 60% faster than on previous generations, 802.11ac WiFi, Dual Thunderbolt 2 ports and HDMI outputs.

The new MacBook Pros have an Australian starting price of $1599.

Aside from the new iPads and MacBook Pros, Apple has also announced a free download upgrade to the latest version of its Mac OS X desktop operating system, OS-X Mavericks, as well as a free upgrade of its iWork and iLife productivity suites for all existing users.

Apple is touting the use of a new unified file format, user interface, iCloud collaboration and the ability to create a document on the iPad and easily edit it on a Mac as key features of the latest release.

David Markus from IT company Combo told SmartCompany the iWork announcement is good news for Mac users on the productivity front.

“For Mac users, this extends the usability and usefulness of the Mac in business. Macs have [historically] lacked a lot of business functionality.”

However, despite the free iWork upgrade offer, Markus says small businesses happy with their PCs and Office should not rush off to buy Macs on account of the iWork announcement.

“Microsoft’s Office suite is undergoing really rapid innovation, with new features and integration across the suite and the product line.”