Are we about to see virtual reality finally go mainstream? 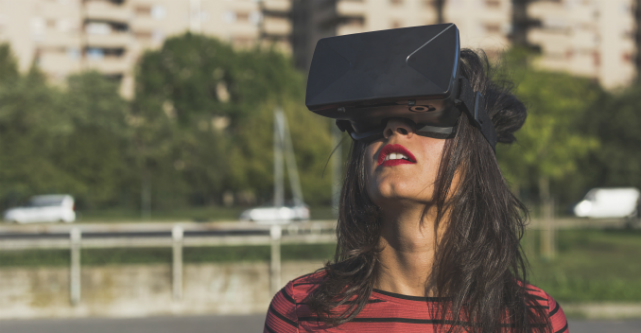 McDonald’s rolled out a fun little experiment in Sweden recently when it released 3500 virtual reality headsets – which were actually Happy Meal boxes that could be folded and transformed into VR headsets.

It was a novel way of introducing children to VR, but was it just a marketing stunt – similar to the cheap and gimmicky 3D glasses we see rolled out every once in awhile – or was it a sign VR is moving closer to mainstream adoption?

The promise of virtual reality has been around for decades, with its history going back to the 1950s and the earliest days of digital technology development in Silicon Valley. The idea of VR is to immerse the user in a life-like digital environment, giving the user an artificial or virtual experience of reality.

One of the early pioneers of research into VR was the American engineer and inventor Douglas Engelbart. He laid a lot of the groundwork for VR while he was the head of the Augmentation Research Center at Stanford Research Institute. He was also instrumental in developing the computer mouse and the concept of bootstrapping.

Over the years VR has been variously written off as a novelty concept (Happy Meal box, anyone?) or as something which could really only find useful application as a workplace training device.

But tech observers took a fresh look at VR when Facebook (also headquartered in Menlo Park, as was Engelbart’s Augmentation Research Center) acquired virtual reality company Oculus for US$2 billion in 2014.

The long-held promise of VR had been shelved since the decidedly wonky experiments with it in the 1980s and 1990s but the intervening years have seen huge advances in computing, including the massive uptake of the internet and the widespread adoption of the smartphone. Just maybe someone as visionary as Mark Zuckerberg thought it was time to take up the mantle for VR once again.

His words at the time of the acquisition certainly had a prophetic and visionary feel:

“This is really a new communication platform. By feeling truly present, you can share unbounded spaces and experiences with the people in your life. Imagine sharing not just moments with your friends online, but entire experiences and adventures.

These are just some of the potential uses. By working with developers and partners across the industry, together we can build many more. One day, we believe this kind of immersive, augmented reality will become a part of daily life for billions of people.

Virtual reality was once the dream of science fiction. But the internet was also once a dream, and so were computers and smartphones. The future is coming and we have a chance to build it together. I can’t wait to start working with the whole team at Oculus to bring this future to the world, and to unlock new worlds for all of us.”

Google has also ventured into the back to the future world of VR, first with the relatively unsuccessful Google Glass and more recently with Google Cardboard.

Google has made Cardboard a more accessible experience for potential users, saying it lets people experience virtual reality in a “simple, fun and affordable way”, which certainly wasn’t the case with Google Glass, which started out as an invite only experience for a select band of “Glass Explorers”.

With smartphone penetration reaching saturation and sales flatlining for smartphones and tablets, this could be the moment when Facebook manages to peg its powerful social network dominance to a consumer device in the form of VR that becomes era-defining.

The potential is massive in terms of Facebook getting it right with VR and being able to use that as a new portal for communication and connection. Anyone with a stake in the online world, especially at a strategic commercial level, needs to keep an eye on this space.