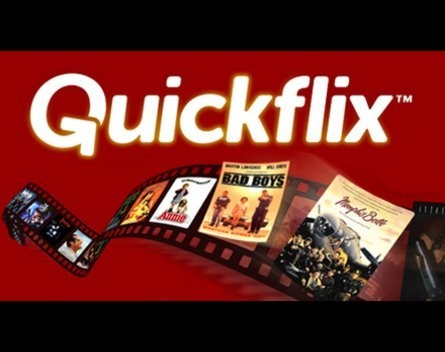 A group representing around 7% of Quickflix’s shareholders have compelled the company’s directors to call an extraordinary general meeting (EGM) on June 12, after alleging a “breakdown of corporate governance and a disregard for shareholder interests”.

In an advertisement published in The Australian today, the group says the company’s directors are paying themselves excessive salaries and called on fellow shareholders to vote to replace the current board.

The allegations are repeated on the group’s website www.savequickflix.com.

Quickflix co-founder, executive chairman and chief executive officer Stephen Langsford attaches “no credibility” to those behind the attempt to oust the board.

“It has been a cheap attempt to gain control of the company and a waste of time,’’ Langsford says.

“In relation to allegations on their website, we have referred these to our lawyers.”

Joynes is the founder of Tournament Field Investments, an asset and operational management business based in Los Angeles specialising in tech and media.

Dartnall is chairman of the British Academy of Film and Television Arts in Los Angeles and has previously worked as chairman and chief executive of Thorn EMI Films, Thorn EMI Video, Elstree Studios London and ABC Cinemas – the UK’s largest chain of cinemas.

None of the proposed directors own shares in Quickflix.

“The US nominees are not resident in Australia, have little or no current or relevant experience with Australian or New Zealand markets, nor the sector in which Quickflix operates and hold no shares in the company,” Langsford says.

Joynes says Tournament Field is hired by the shareholders and therefore does not hold shares, rather they would be rewarded once the business is profitable.

He disagreed with Langsford’s assertion the proposed replacements for the board lacked experience.

“The use of such flagrant language as ‘US nominees’ borders on very narrow thinking,’’ Joynes says.

“We live in a global market of capital and media. A CEO of a publicly traded company inciting such jingoism is frankly appalling.

“As for no experience of New Zealand and Australian markets, the team is highly experienced at selling and buying film and television rights worldwide and in technology infrastructure.

“We do note the lack of local programming, which is something we would rectify.”

In a statement to shareholders ahead of the EGM, Quickflix Directors recommended with support from major shareholders HBO and Cashel Capital Partners that they vote against removing the current board.

“The resolutions to appoint new directors and remove the existing directors are opportunistic and will enable minority shareholders to assume control of the company without making a takeover offer to buy your shares,” the statement says.