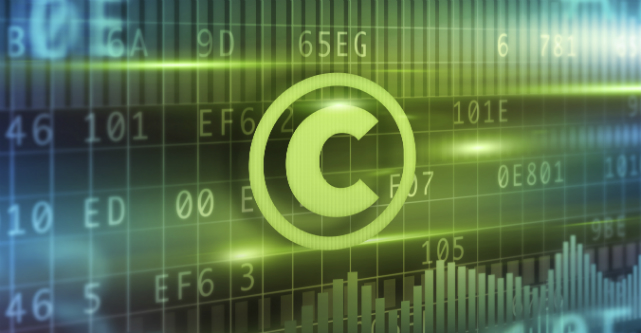 The report, though, makes a number of sensible recommendations that will help modernise Australia’s copyright laws for the 21st century. Economically, the report is rigorous and comprehensive.

Morally, the study shows a subtle and nuanced appreciation that copyright law is designed ultimately to promote the public interest of the Australian community.

The report also makes some helpful suggestions regarding Australia’s process for treaty-making in respect of intellectual property.

The Productivity Commission has recommended the repeal of parallel importation restrictions for books, which supports the position of Prime Minister Malcolm Turnbull and Treasurer Scott Morrison.

Australia’s parallel importation restrictions are an anachronistic hangover from British imperial publishing networks and are anti-competitive.

Most of the additional income from higher book prices goes to overseas authors and publishers whose works are released in Australia. The Commission estimated the additional income flowing overseas is around 1.5 times that retained by local copyright holders. In effect, PIRs impose a private, implicit tax on Australian consumers that largely subsidises foreign copyright holders. Indeed, none of the authors with top ten titles in the sample provided by HarperCollins are Australian.

The removal of parallel importation restrictions would be beneficial for Australian readers. Cheaper books for Aussie kids would be a great policy outcome.

In response to the Productivity Commission, publishers and authors have been running a scare campaign against the commission’s recommendations. The multinational publishing empire HarperCollins has grimly defended the restrictions.

Authors Thomas Keneally, Richard Flanagan, Peter Carey, Tara Moss and Jackie French have railed against the report. However, their emotive arguments are weak, inaccurate and unconvincing.

Parallel importation laws are not an effective means of protecting local culture or creative livelihoods. The removal of the restrictions will not destroy the local publishing industry. Indeed, opening up the book market may well be beneficial for publishers and authors by removing age-old distortions in the marketplace.

The Productivity Commission also supported the Australian Parliamentary Inquiry into IT Pricing and recommended that Australian consumers should be able to circumvent geoblocking.

Australian consumers deserve a fair deal in the digital economy. It has been concerning that Australian internet users are paying much more for IT works than our counterparts overseas.

Foxtel has opposed these recommendations. However, consumers such as Mark Serrels have complained that Foxtel’s service provides a poor distribution system for TV shows such as Game of Thrones.

The Productivity Commission was concerned that “Australia’s copyright system has progressively expanded and protects works longer than necessary to encourage creative endeavour, with consumers bearing the cost”.

The commission also recommended that Australia should adopt a broad defence of “fair use”, supporting the previous inquiry by the Australian Law Reform Commission Into Copyright Law and the Digital Economy.

The defence of fair use in the United States has enabled innovative startups to flourish in hot-spots such as Silicon Valley, Boston and New York. Indeed, the US courts recently recognised that Google Books was protected under the doctrine of fair use.

Professor Peter Jaszi has noted that fair use is the “secret sauce” of US competitiveness.

Australia is at a competitive disadvantage because it has only a much more limited, purpose-specific defence of fair dealing. Startups may well be reluctant to base themselves in Australia because of fears of copyright litigation by incumbent industries.

A new system of user rights, including the introduction of a broad, principles-based fair use exception, is needed to help address this imbalance.

One of the key advantages of a fair use over a fair dealing exception is that the law can adapt to new circumstances and technologies.

The Australian Law Reform Commission has already highlighted how a defence of fair use could future-proof Australia’s copyright laws.

In addition, the Productivity Commission has recommended that all Australian governments should implement an open access policy for publicly funded research.

The policy should provide free access through an open access repository for all publications funded by governments, directly or through university funding, within 12 months of publication. This proposal will help boost Australia’s ideas boom.

The open access sharing of research will support the creative industries, as well as science and technology. Ryan Merkley, CEO of the Creative Commons project, has highlighted the benefits of open access publishing.

In particular, public health research could benefit. As US Vice President Joe Biden recently observed, there is a need to get cancer research out from behind pay-walls.

Reflecting upon such hectic activity, the Productivity Commission has been critical of the government entering into trade agreements without openly and fully assessing the benefits and costs of intellectual property obligations.

Agreements embodying provisions on the scope and term of IP protection necessarily involve a ‘wrestle for rents’ – Australia should not capitulate too easily.

Moreover, the commission was concerned about the “spaghetti bowl” of trade agreements that Australia had been involved in:

Further, in more recent times, there has been a tendency to favour bilateral and regional initiatives over multilateral ones, resulting in overlapping and complex rules.

The commission’s report will provide a salutary caution for the Australian Parliament as it evaluates the Trans-Pacific Partnership.

Rather than let the Productivity Commission’s report be lost in the tumult of the 2016 election, Australian politicians should pay heed to the popular interest in the study.

The Australian public has been crying out for copyright reforms to our anachronistic laws to bring them up to date with the digital age of the 21st century.

There is a great opportunity for political leaders to capitalise upon this public interest in competition, innovation, access to knowledge and fair trade.

Matthew Rimmer is a professor in intellectual property and innovation law at Queensland University of Technology.