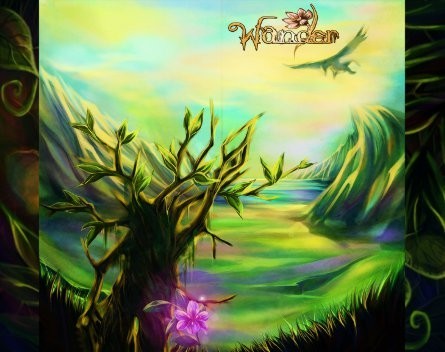 A non-violent, art-based video game with an unusual core market will be launched at major video games conference PAX Australia in July by a Melbourne-based game developer.

Loki Davison’s game is radically different from game juggernauts such as Call of Duty and Halo. Wander is a non-combat, non-competitive, collaborative game.

“It’s about exploration, beauty and joy. It’s heavily focused on the idea of how form influences how you see the world and how you interact with others,” says Davison.

Essentially an exploration game, players explore a world through a variety of different avatars and interact with other online players.

Davison is the sole founder, investor and does most of the coding himself. Previously he worked as head computer scientist at a commercial mathematics company.

Over 20 contributors have worked on the game, including modellers, level designers, environment artists, animators, texture artists and the sound team. The game is now being tested by around 1500 alpha testers.

“We think this is a bit surprising, but the vast majority of our players are female, most of them are over 50 and they’re quite hard-core gamers,” says Davison. “A lot of people play as couples.”

According to Davison, many male alpha testers were drawn to the game after traumatic experiences or stressful work.

“The veterans especially have been an interesting market, and one I’m especially pleased to be able to work with and provide people with these art experiences,” says Davison.

The demographics of this group suggest a high-potential new market for game designers.

“Our testers want things that are quite different from what game developers think the general public want. People aren’t used to what non-combat and these art-experience kinds of games will involve. The first feature request was a surprise and I actually only just worked out how to implement it last night. The first request was the ability to hug other players,” says Davison.

While more art-based, non-violent games are being created these days, Davison is a bit nervous about his game not fitting into a niche.

“As a small publisher, sometimes I’m a little scared that we’re not Triple-A enough to be Triple-A (big budget games such as Halo), and not indie enough to count as indie, which is a bit scary,” says Davison.

After the launch at PAX this year, Davison will focus on getting the game out to as many players as possible.

The game is built for Mac, Linux and PC. Davison hopes to get it uploaded to Steam (a leading online seller of downloadable games) and while the retail price may vary depending on sales platform, he and his alpha testers and team think it needs to be around $25.

They will need to sell thousands of copies to break even, as video games are created through significant time investments of highly skilled professionals.

The plan is for the game to continue to evolve similar to EVE and World of Warcraft. Davison already has plans for new planets and levels for the ongoing game, but is focusing on getting Wander out to audiences first.