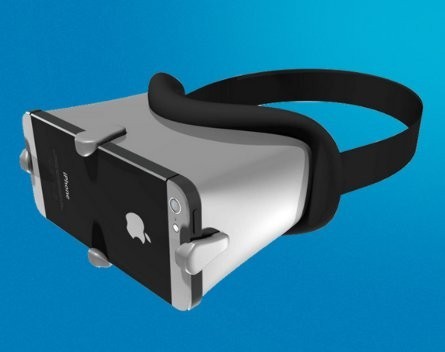 How would you react if Google announced it wants to compete in your sector? That’s the situation confronting virtual reality startup Phenomec, after Google unveiled its Cardboard virtual reality headset during its I/O developer conference.

The announcement of Google’s low-cost headset, which involves mounting a smartphone to a users’ head using a cardboard case, comes as the Australian startup develops its own VR headset, known as VRSmartview.

Watson says told StartupSmart having large companies, such as Google, Facebook or Samsung, getting involved in mobile VR is overall a good thing, as it gets more people interested in the technology. However, there are some significant limitations to Google’s design.

“I call it Occulus Thrift. I like that it’s cheap, made from recycled materials and it’s a smart design… But I’m not seeing much innovation, and it lacks an adjustable mechanism into pupil area distance, which is really important,” Watson says.

Using adjustable lenses so they sit in front of your eyes is essential, Watson explains, because it prevents users getting tunnel vision, which is disorientating.

It’s a key consideration in the design of VRSmartview, which is a head-mounted display case for a smartphone that allows people to use virtual reality in a manner similar to Occulus Rift.

“We’ve been doing a lot of research and development, and one of the most important considerations is creating a lense that can adjust to the individual so we’re developing a lot of innovations to our lense design,” Watson says.

The technology used in VRSmartview recently helped the startup take out the top prize at the recent Start Up Weekend on the Sunshine Coast, coming on top of the 17 teams competing and winning over $15,000 in prizes in the process.

“I’m a student here at USC, and we had an opportunity to pitch at the Startup Weekend on the Sunshine Coast… over the course of a weekend we went from underdogs to winning,” Watson says.

Before recently coming to prominence as a result of Facebook’s $US2 billion purchase of Occulus Rift, virtual reality technology had mostly been used for research and military purposes, aside from a brief period in the early 1990s.

According to Watson, innovations in smartphones mean the technology is now affordable for everyday users, without earlier problems such as pixelations.

“The main research we’ve had is smartphone innovation, in terms of screen display or processing power. Smartphone screens now have ridiculous pixel density so we can use these displays – that are light and portable – without pixilation,” he says.

While the startup is currently focusing on developing optimised head mounted displays, along with applications for their use.

Watson believes the technology is set to emerge as a “very interesting format” for delivering films, with nature film maker David Attenborough currently filming a documentary in Borneo in complete virtual reality.

“I also believe VR news reports would have a powerful impact in imparting a deeper message of the issue being communicated. It’s much more powerful when you can be positioned in the middle of the event,” he says.

“We’re the only guys in Australia working on these VR headsets and apps, so far as we’re aware, and getting others in Australia involved is part of our aim.”