Do we need robot surgeons in Australia? 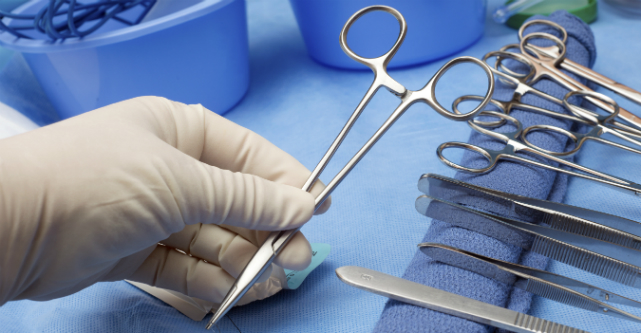 The first robotically assisted hip replacement operation in Australia is due to be performed today on a patient in Brisbane.

A total hip replacement (THR) is one of the most successful operations that surgeons perform, with more than 43,000 carried out last year in Australia alone.

The robot technology to help in such operations has been used for some years in the US but has only recently reached Australia.

But if the operations are so popular and successful, why let a robot in on the surgery?

A hip replacement involves an incision to expose the hip joint and the placement of an acetabular component (the cup) and a femoral component (the stem). A head is then placed on the stem and a ball and socket joint is created that is the patient’s new hip.

Though very successful, the operation can be quite challenging to perform in certain patients such as the very overweight and those with complex deformities due to childhood diseases or trauma. There is also a learning process for the surgeon in performing a hip replacement and it is hoped this can be shortened by using robotic technology.

Accurate positioning of the components of a hip replacement is important. Having the cup and stem in the correct position can decrease the chance of complications such as dislocation, where the head comes out of the cup. Making sure the joint stem is located in a way to ensure optimal leg length may also lead to improved function of the new hip.

Currently, surgeons rely on their experience and judgement to correctly place the components of a hip replacement. Many studies have shown that even experienced surgeons can have difficulty in reliably and accurately placing the cup in the correct orientation. They sometimes find placement of the stem challenging too.

This is where a robot can help.

Up until now, the Australian experience of robotic orthopaedic surgery has been limited to partial knee replacements. The first was carried out in April last year, and since then more than 280 of these procedures have been performed.

So what is different with a robotic total hip replacement and where does the robot help?

The MAKO robotic system is a carefully controlled robotic arm that aids surgeons in placement of the components of a total hip replacement. It makes the operation more accurate and safer for surgeons, regardless of their experience.

The main difference from a patient’s point of view is that a pre-operative CT scan is needed to plan the procedure. Traditionally, surgeon relied purely on an X-ray to plan a total hip replacement.

When performed by a robot, planning for the procedure is done by specialist engineers in collaboration with the surgeon. The engineer and surgeon work together to determine the optimal position for the components and they create a plan.

The plan places the cup in the correct orientation to match the patient’s anatomy and the stem is also sized to fit the patient’s femur. The aim is to accurately restore the patient’s hip anatomy, particularly leg length.

Once the surgery begins, the surgeon exposes the hip joint in the usual way. Trackers are placed on the pelvis and on the femur allowing the robot to register these bones.

The trackers are attached to the bones using small posts with a screw thread on the tip. A series of points on the patient’s pelvis and femur are then registered and the robot creates a 3D representation that matches the CT scan.

Once the robot understands the geometry, it is able to follow any movement of the patient by the signal transmitted by the trackers fixed to the bones.

A cutting tool called reamer – somewhat like a powered round cheese grater – is attached to the robot and is used to prepare the bone to accept the cup. The surgeon holds the reamer but the robot constrains it and will not let the surgeon remove bone beyond the planned amount.

This will prevent any accidental damage to the bone and make sure the reaming can only occur as planned. Human error is removed from the preparation.

They are able to monitor the position of the implant on the computer screen as it is “seated”. The cup cannot be driven in too far, as the robot constrains where the cup can be placed, as with the reamer.

Next the surgeon places a broach in the femur to prepare a cavity for the femoral component (stem). The broach can be tracked by the robot to make sure it is placed in the correct orientation and the patient’s legs are at the planned length.

Once happy, the surgeon cements the stem into where the broach was positioned, places a head on the femur and puts the head into the cup.

Though the robot is constraining the surgeon to execute the plan, the surgeon remains in charge at all times. The surgeon continues to carry all responsibility for the success of the operation and any complications.

But as we are seeing in many industries, the capability of robotics is expanding rapidly. It will not be long before the technology is advanced enough to take over far more of the operation from the human surgeon.

Then the big ethical questions will arise. Even now orthopaedic robots are being limited in what they can do because the step to autonomous surgery is currently a step too far.

Like driverless cars, the questions of liability and trust continue to be aired when discussing robotic-surgery or health care.

But also like driverless cars, robotic surgeons do not have to be perfect. They just have to be better than humans.