Avoid the stress of an IT mess 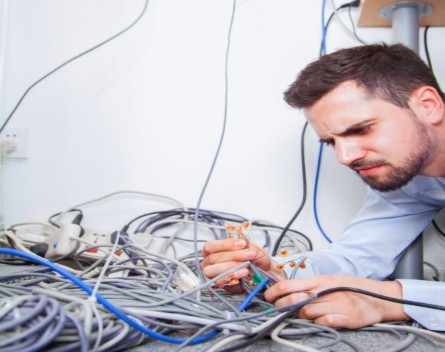 Scratch the surface of any company that’s been in business for more than a decade or so and more likely than not, you’ll find a mess of now-obsolete IT systems.

Somewhere behind the scenes, you just know there’s an old green-and-black-text program written entirely in COBOL. It’s so old it now needs a terminal emulation program just to run, after the screen finally died on the “old reliable” 286 that used to run it.

Then there’s a copy of Lotus Notes lurking somewhere in the background. There’s the three or four separate custom customer relationship management systems in parallel. There’s another temporary system, in operations, that was cooked up in Visual Basic as a temporary solution a decade ago and never replaced. Meanwhile, accounts and billing has been moved – or at least partly moved – to the new cloud-based system.

Holding this unholy computing kludge together is a whole bunch of integration software – the IT equivalent of gaffer tape, or what’s become widely referred to as technical debt.

Of course, nothing works as it should. No one quite remembers why you always need to hold down the CTRL key when you press “next” on the third screen or why that funny error everyone ignores always appears when you place an order. It just does.

The sales staff now have a deep subconscious fear of making a sale – it means entering the sale in the systems! Meanwhile, the accounts department have long ago gotten used to copying and pasting the same information between the same two forms every day.

There’s a list of changes as long as my arm that could be made, but none of the IT folks are keen to try – who knows what else could possibly go wrong if any changes were made! They’re busy enough just keeping the whole thing working as it is!

There was no long-term, big picture IT plan when all this was set up. New systems were just added on an ad hoc basis as the need arose. The people who made those decisions have long since left the company – and they threw their documentation in the shredder before they left. (Assuming there was any documentation in the first place!)

And then the daily email goes out saying that half the systems are offline, and the tech team have no ETA at this stage. They never do.

Now, Old Taskmaster asks you this: Do you want your business to look like this in 10 years’ time?

If not, don’t leave your IT strategy to chance. Instead, sit down with your IT staff or developers and hammer out a comprehensive, scalable, long-term IT strategy for your business.

Because it’s easier to get it right the first time than it is to remember that pesky CTRL key each time!