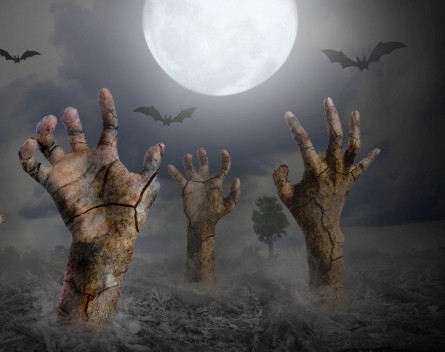 Melbourne startup Zero Latency is trying to give virtual reality its ‘arcade moment’.

It has developed a fully wireless virtual reality platform that uses real-time motion capture, wireless backpacks and controllers in a scalable multiplayer environment.

The startup will be hosting a public event in Melbourne this November where people will be able to test themselves against zombies in virtual reality.

It will be held in a venue in Melbourne with a huge VR tracking array, which will give people the chance to wander around in a VR environment unencumbered by wires.

Tickets can be bought via a Pozible fundraise.

“What we want to do is give VR its arcade moment,” he says.

“It’s the final frontier of entertainment; obviously there are limitations as what you can do with virtual reality at home.

He says the entertainment sector is almost always the quickest pick up on tech innovations.

The exact details of the November event are yet to be determined, that depends on the result of its Pozible funding raise, but it will likely involve two game spaces set up with a 30 minute zombie themed game focused on co-op play.

The platform uses the Oculus Rift VR headset but Ruse says it’s hardware agnostic, so it will be able to use any VR headset, or motion tracking camera that might be developed, an important feature given how quickly VR tech is moving at the moment.

“You don’t want to hitch your wagon to anything at the moment,” he says.

Shooting zombies isn’t the platform’s only application. Ruse says it could be used to visualise things in any number of industries.

“Virtual reality has really come of age now that there’s the technology to support it,” he says.

“We’re speaking to advertising agencies, design agencies, architects, and they’re now in more of the position to see the value.”