Building an eBay-style marketplace for bitcoins and litecoins 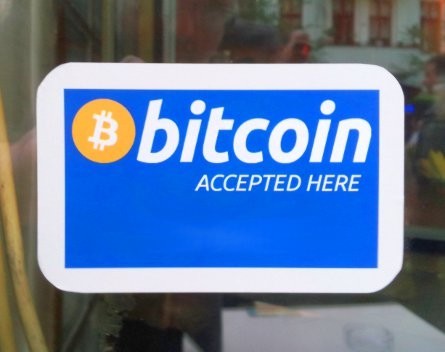 Australian bitcoin and litecoin marketplace Cryptothrift, wants to become eBay for crypto-currencies and is trying to create an economy for anonymous currencies.

The company, which runs an eBay-style online auction site where users can buy and sell items with bitcoins and litecoins, was founded last year by Sydney-based crypto-currency enthusiasts Ahmad Aoun and Paul Screen.

Sellers pay a 2.5% flat rate or a transaction fee, whichever is higher. Buying items is free, but the company charges a 1% fee if escrow is selected at the checkout.

Screen told Private Media the company was accepting a number of other crypto-currencies for a brief period, but it just wasn’t worthwhile.

“In practice there just wasn’t the volume in sales to advocate supporting them,” Screen says.

“What we’re seeing is people are only interested in bitcoin.”

Screen says the company’s sales are continually growing month on month, 90% of which are in bitcoin, with litecoin making up the other 10%.

Dealing with scammers attracted by the anonymity of bitcoin has been Cryptothrift’s biggest challenge.

In response, Screen says the company has implemented an escrow payment system.

“Bitcoin and crypto-currency has this tag that it’s anonymous and therefore it tends to attract a lot of the wrong types of people,” he says.

“We’re trying to approach things from the opposite way, we want our system and business to be as transparent as it can, we’ve registered with ASIC here in Australia and we’re not hiding from the ATO (Australian Tax Office).”

Trust has been a problem for the site, it’s been accused by some users of being a scam. They’re accusations Screen says are inevitable, but unjustified.

“I can’t hide away from that, it’s going to happen,” he says.

“It’s why we’ve introduced the escrow system that allows buyers 30 days to determine if they’re happy with their purchase and release the funds.”

He says there have been cases of scammers operating on the site and “it’s generally pretty clear cut what’s happened”, but the company provides arbitration services and refunds.

A large number of the products available on Cryptothrift are digital, which Screen says can lead to stolen items being sold, something the company is constantly on the lookout for and doesn’t tolerate.

Screen says in the coming months, Cryptothrift is looking at introducing a verification process, to ensure transparency amongst sellers and in order to comply with know your customer regulations and anti-money laundering laws.

“We’ve been in talks for the last few weeks, we’re looking to outsource the verification process for simplicity, but the cost is holding us back, we need to justify that expenditure,” he says.

“We’re toying with the idea of doing it in house.”

The company has been funded entirely by its founders so far, and while they’re not actively searching for investment, Screen says they’re not opposed to external funding.

“It’s something we’re considering,” he says.

“We know we want to expand, and we have a lot of good plans for sure, there’s a lot we want to do, but we’re going to need some kind of capital investment.”