Calling all coders: The Codehire Cup is on again 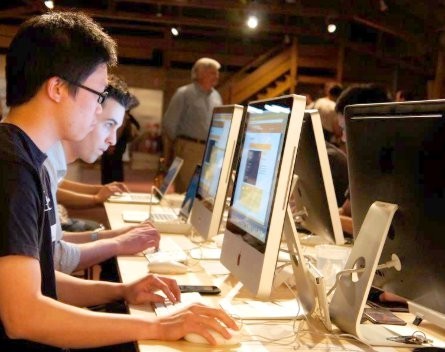 Computer coders all over the country are signing up to take part in this year’s Codehire Cup.

The team at Codehire are expecting almost 1000 entries when the at-home heats commence on June 8.

Codehire chief executive Dan Draper told StartupSmart that creating community and showcasing new talent to employers were the objectives of the event.

“We’re connecting people who are secret or hidden talents to employers. There is a big issue at the moment with companies like Google and Microsoft that are trying to find great talent and they’re starting to exhaust their traditional channels,” says Draper.

Draper estimates about 10% of the 450 current signups are based in rural Australia, and that many of the registrations are from undergraduates.

The heats will go for 11 days. The finals will be at Fishburners, a tech co-working space in Sydney, on July 13. There is $10,000 worth of cash and prizes to be won.

This employment-focus influences the activities in each heat.

“It’s not a hackathon,” says Draper. “We’re aiming for real world, business-focused challenges, rather than academic and abstract issues. There will be a bit of hard-core algorithmic stuff, but mostly we’re focusing on problem solving.”

Coders will be grouped into heats based on the coding language they use. “Coding languages aren’t created equal and some solutions will take longer to write in certain languages,” says Draper.

This is the second time the competition has been run. It was launched last year in Adelaide, with almost 200 registrations.

“To be honest that blew us away to get that much interest in the Adelaide scene. This year it’s a national event and ultimately we’d like to go global,” says Draper.

For the 100 or so coders who make it through to the live-final, those who can’t attend in Sydney will be able to compete remotely.

“In Sydney, we want to make it a bit of a spectacle, with people watching and a big screen out the front with scores and updates,” says Draper. “We want to make software creating more accessible. We’re trying to make people aware of what coding is and why it’s so important to our economy.”

Codehire recently launched a jobs aggregator for code jobs. It has been operating in beta since December 2012.