Canva to get the Kawasaki treatment: how the Sydney startup snared Apple’s former chief evangelist 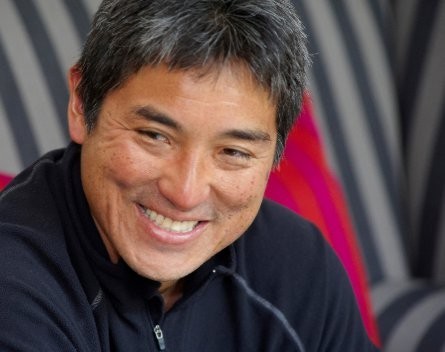 Communications powerhouse Guy Kawasaki is joining the team at fledgling design software startup Canva, under the “chief evangelist” title he made famous at Apple, thanks to a tweet.

Kawasaki had tweeted a design created on design software several month ago. A fellow Canva user asked him if he had used the platform.

Cofounder Cliff Obrecht then followed up on Twitter, and the relationship grew from there.

Kawasaki will stay in the US but work closely and in a full-time capacity with the Sydney-based Canva team.

He told StartupSmart he loved the Canva product and the impact it could have.

“I love what Canva does. I’m into democratizing stuff such as Apple and computers, Google and information, and now Canva and design.”

The media landscape has changed significantly from Kawasaki’s Apple days with the rise of platforms such as Twitter and Facebook. Kawasaki has over 8 million social media followers.

He adds the growth of the startup so far doesn’t appear to be hampered by Canva being based in Australia.

Canva launched late last year and has 330,000 registered users. Over one million designs have been created on the platform already. Canva’s communications team wouldn’t confirm how many of the 330,000 users are

Cofounder and chief executive Melanie Perkins told StartupSmart Kawasaki joining the team would make it easier for Canva to take off in the US market, which is already one of their biggest.

“Cliff and I spend a lot of time travelling to and from the US, so having feet on the floor over there will help speed us up,” she says. “We couldn’t have planned on this, but our whole company was set up to solve a problem, and every single little bit along the path we haven’t been able to plan any of it.”

Kawasaki will be involved in the marketing and promotion of Canva, speaking at events and driving a planned evangelist program with influencers.