Coder for the big banks by day, fantasy game developer by night 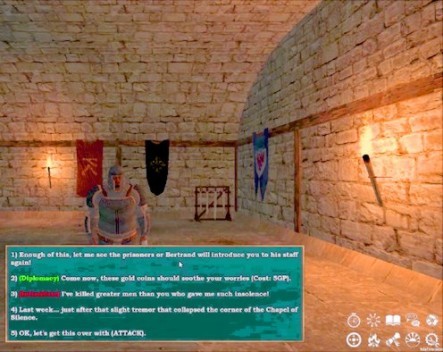 Software developer for big corporates by day, fantasy world weaver, game designer and crowdfunding wrangler by night, John Mabbott is making his start-up dreams come true with every spare second he has.

As the founder of Melbourne-based start-up Cloud Nine Games, Mabbott has been working on Subterranea, a team-based, fantasy role-playing game intensively for just over a year.

“I work on the game whenever I can, after hours and the kids are in bed or around their activities on the weekend,” Mabbott says.

As a time-consuming task that requires significant technical skill, game development is not cheap.

Mabbott is creating between 15 to 20 hours of content for Subterranea and has recently launched a crowdfunding campaign on Kickstarter to raise just over $12,000 to outsource the creation of some of the 2D and 3D art creation and a customised music sound track.

He’s raised over $2000 so far from 63 backers and says the technical challenges of building a game are nothing compared to the commercial and marketing ones.

“It’s hard to get a lot of eyes on your product and I’ve found it hard to target the niche I’m really trying to fill,” says Mabbott, who estimates his time is currently split evenly between building the game and working on the Kickstarter campaign.

“As a developer, my natural inclination is to get stuck into the coding all the time. So when I’m not working on the game, I do feel a bit weird,” Mabbott says.

Applying the lean start-up model of testing as you go is challenging for video game creators as significant amounts of coding needs to be complete before the game is playable.

If the Kickstarter campaign is successful, Mabbott will have two trials before launching the full game to the public in March 2015. The first will be in January with 60% of the game complete and the second in February with the game almost finished.

Mabbott is testing demand on popular game platform Steam via its Greenlight function where gamers indicate if they’d purchase the full game once available. So far, 1050 people have indicated they’d buy the game.