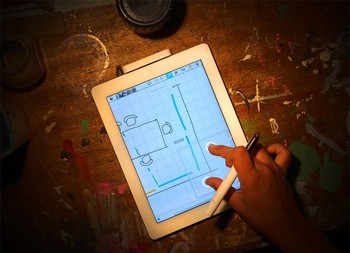 A Sydney entrepreneur has slammed the local venture capital market for being “asleep” ahead of his business’ foray to the US, where he aims to raise a total of $10 million from interested investors.

Robert Yearsley’s start-up Collusion has recently been the talk of Sydney’s tech scene, despite only emerging from a short Beta mode yesterday.

The business provides a new way of writing, drawing and collaborating on the iPad. For a price point somewhere between $100 and $150, customers can buy a stylus, app and collaboration tool that will allow them to take notes or sketch plans and share them in real time with others.

Collusion already has $30,000 in sales orders and is primed to list its project on crowdfunding site Kickstarter, where Yearsley says he expects an initial target of $100,000 in funding to be surpassed by as much as $5million.

The business, which Yearsley founded with Sumeet Patel and Navdeep Saini, is set to relocate to Palo Alto in California within the next two months, in a bid to raise a further $5 million in funding.

Yearsley says that he probably wouldn’t shift the business to California if Australian investors showed the same level of interest as their US counterparts.