Could your business find itself in dire straits over your salespeople’s “unconscionable conduct”? 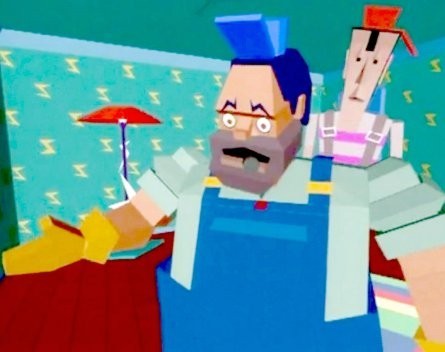 Earlier today, your humble correspondent was sitting in the bat-cave office in Taskmaster Towers as some alarming news came across the scanners.

In a test case, vacuum cleaner distributor Lux was found to have acted “unconscionably” in selling vacuum cleaners to five elderly people.

According to reports, elderly people were offered a free vacuum cleaner maintenance check, only to be pressured into buying a vacuum cleaner. For anyone who employs salespeople, this news sucks – literally.

Of course, there’s a reason why Old Taskmaster keeps carping on about sales. Quite simply, unless you convince someone to hand over cash in exchange for your goods and services, your business is not viable.

“But what if I make some cash by just throwing up a nice website with some Google AdWords down the right hand side column?” you might whine.

Well, if anyone could do it, everyone probably has. Which means the amount of money anyone could get by doing it is limited. Everything else is a get rich quick scheme – probably run by a shyster who’s (ironically) good at sales!

Unless you’re Dire Straits, forget about getting money for nothing – no matter how much you might want to play guitar on MTV!

Sales is also a tough business. Getting people to part with their cash is arguably the toughest part of running a company. Often, it leads to lazy and greedy people taking short cuts. Poorly thought through commission structures lead to dirty sales tactics that stain your brand – the kind of mess no Lux product will clean!

KPIs and the expectations you set go a long way in setting the behaviour you’ll get out of your salespeople.

For example, if you run a business selling subscription-based products, instead of setting your KPI around getting the maximum number of new subscribers, try setting it around the number of subscribers still with you in six months’ time. The former rewards people who sign people up no matter what it takes, even if they quit as soon as the first bill arrives. The latter rewards finding long-term satisfied customers.

Also make it known to your sales staff that missing a sales target is always preferable to complaints about dodgy or illegal sales tactics. With the former, you can provide extra coaching and support. The latter is always intolerable.

Finally, it might be worthwhile following up with some of your customers after your initial sales contact. It doesn’t have to be every one, just a few. Again, reward positive reviews as part of your KPIs.

Now that ain’t workin’, that’s the way you do it!