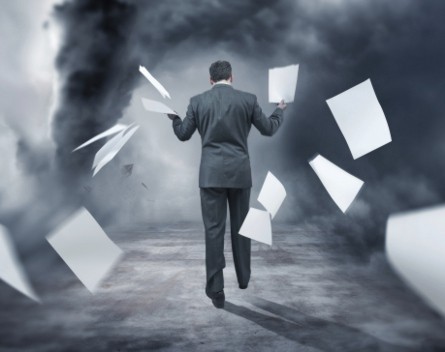 The former Perth-based company, which is now owned by Dubai business Dreamscape Networks, told customers via email last week that “due to an unforseen incident in a storage upgrade the data from your hosting account has unfortunately been irretrievably lost”.

A spokesperson for the company told SmartCompany 18 out of a possible 10,000 Australian clients using the particular server were affected by the incident and Crazy Domains is in the process of re-allocating their data to a new storage system with “enhanced” capabilities.

Crazy Domains has offered customers $100 in credit to make up for the error. However, one Crazy Domains customer told SmartCompany their financial losses due to lost email, productivity, support and the need to rebuild their website will total up to $2000.

The customer said they first became aware of an issue on Thursday, May 8, when their Crazy Domains-hosted website went down. As a WordPress website, most of the data was hosted on the site.

“It’s a shared service and my guess is at least this entire service, and maybe more, are dead, so lots of people out there will be impacted,” said the customer. “I’m lucky as it’s not an e-commerce site.”

The customer said they made multiple calls to Crazy Domains since their site crashed and despite being told the problem would be fixed and all data was recoverable, did not receive any sanctioned information from the company until the email on May 15.

The Crazy Domains spokesperson said while the company’s support team does operate 24 hours, seven days a week, it’s possible they did not respond to affected customers immediately or “did not notice the problem straightaway”.

Crazy Domains said in the email while “data backup remains the responsibility of the customer with hosting services”, the company’s engineers had been “working tirelessly and around the clock with the storage vendors to try and recover this data”.

“However, I am sorry to say in this instance the relevant backups were also damaged, and I regret that our engineers have not been successful in their efforts to restore the lost data,” said a member of the Crazy Domains support team called “Laser M”.

“It’s never easy to say sorry, or to break bad news, but it’s our policy to always be upfront and honest with you,” said the team member.

This is not the first time Crazy Domains customers have suffered, with at least a thousand customers losing access to their email and websites in October last year.

At the time, the company received multiple complaints about its poor customer service and lack of communication.

David Markus, founder of IT company Combo, told SmartCompany that while web hosting companies “usually do a good job of backing up and restoring data”, business owners “can’t assume these providers are stable and need to take precautions”.

Markus said web hosting providers are “very volatile at the moment”, with numerous businesses being bought and sold, and one large provider, Distribute.IT, collapsing in 2011.

“What we learnt from that is that if you have a website, you should keep a backup on your own system,” said Markus. “That way, if the company goes under or makes a mistake, you can restore your data to them or very quickly move it to somewhere else”.

Markus said there is also the possibility that the Crazy Domains servers were hacked, and this throws open the question of how safe data is once it is “in the cloud”.

“We all assume that data is protected, but businesses need to have good advisers who know their company,” he said.