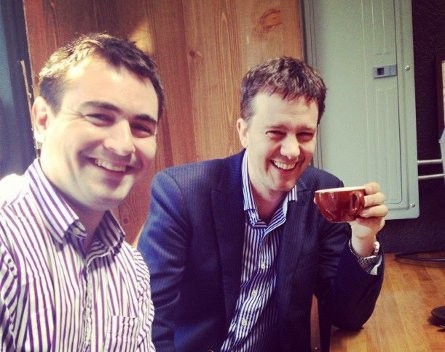 A Melbourne-based start-up has been named one of the coolest vendors in human capital management by international technology research group Gartner.

CultureAmp’s key product is Murmur, an online platform for managing staff and tasks in fast-growing organisations.

The software-as-a-service is used to gather and provide ongoing feedback, track progress and use data to help companies understand their workforce.

Founder and chief executive Didier Elzinga told StartupSmart CultureAmp’s success is due to a shift in how people work.

“The key to unlocking productivity and getting value out of people is culture and creating an environment in which people can and want to operate,” he says.

“If you look at the work we’re asking people to do these days, it’s cognitively driven. So there is a really, really big difference when someone who is engaged and enthusiastic.”

With team members in Melbourne and San Francisco and a client list boasting big names such as Hulu and 99designs, Elzinga attributes their growth to having an idea right at the heart of several trends.

“We’re on the right wave. A lot of our customers are in Silicon Valley, and what they’ve all got across the board is they’re using data everywhere. And they’re building companies at a ridiculous pace, and the hardest thing to build in a business is people,” Elzinga says.

The idea for Murmur emerged during discussions about the lack of innovation in the human resources and people management sector.

“In the world of marketing in the last five to ten years, there has been a torrent of new innovations and people doing cool stuff with data. But if you look at HR, there’s been nothing new and different since 1993,” Elzinga says. “It was about taking marketing analytics to how we listen to our people.”

The CultureAmp team is focused on developing its core engineering staff in Melbourne, and then developing a presence in Silicon Valley over the coming years.

Elzinga says being an Australian start-up can be challenging, but it also helps create the attitudes needed to scale globally.

“It’s hard but also good that we don’t have a big enough market here, so we’re forced from day one to think global,” he says. “It’s there if you want it – go and get it.”