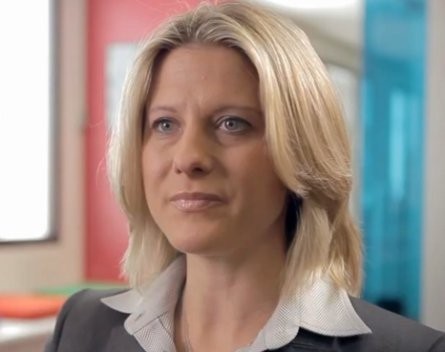 Self-described shopping evangelist Deborah Sharkey has resigned from her post as eBay Australia’s current leader and vice president, after more than four years in which she introduced several measures aimed at boosting start-ups’ trading via the auction website.

Sharkey, who is moving to the company’s global headquarters in San Jose, California, joined eBay’s Sydney team in October 2003 and has led eBay Australia and New Zealand since late 2008.

“I’ve enjoyed four great years at the helm,” Sharkey said in a statement.

“[However,] having worked almost my entire professional life in Australia and Japan, I am particularly excited about returning to the US to continue to work for eBay.”

She will be replaced by Jooman Park, who currently heads up eBay’s Korea businesses.

“Deborah’s leadership has enhanced eBay’s reputation as a great partner for businesses of all sizes and a favourite shopping destination for millions of Australians,” Lee said in a statement.

Here’s a few of the things Sharkey achieved during her time at eBay Australia:

In December 2010, Google revealed the top Australian searches for the year – known as the Google Zeitgeist – with “eBay” coming in as the fourth most popular search term.

eBay was also the most searched for shopping brand in 2011 and again in 2012, suggesting its awareness on Google will only continue to grow.

In May 2011, a number of categories on eBay.com.au were opened to a greater proportion of relevant listings from eBay.com (the United States) and eBay.co.uk (the United Kingdom).

“We believe that making it easier for consumers to access eBay’s global product selection will improve their shopping experience,” Sharkey said at the time.

“[This will] ultimately benefit local businesses selling on eBay.com.au by retaining Australian customers who might otherwise look elsewhere.”

In June 2011, Sharkey provided some comments in conjunction with eBay’s submission to the Productivity Commission regarding the review of the Australian retail industry.

“The internet’s 24-hour operation allows businesses to operate free from the constraints of shopping centre or store trading hours, increasing consumer convenience and access to the widest variety of products available.

“These contributions would be significantly eroded if the GST low value import threshold is reduced, hurting numerous stakeholders from businesses to importers.

“We believe it is important to work with the government to ensure further infrastructure investment is made, enabling eCommerce to continue its growth in Australia.”

In March 2012, eBay, Australia Post and PayPal launched the eBay Shipping Report, a review of global best practice and how Australian domestic shipping services measure up on a global scale.

The report, which surveyed 1,015 eBay sellers, highlighted the need for further investment in domestic shipping infrastructure.

“Many sellers… acknowledged that choosing a shipping provider was more than just about price – it was also about choice,” Sharkey said.

“Accuracy and availability of tracking, bulky item shipping, more delivery time choices and flexibility of pick-up service were all key improvements that sellers would like to see.”

In September last year, eBay celebrated its 100 millionth app download across its range of apps, with Australia identified as one of the fastest-growing regions for mobile sales.

It was revealed on an average day on eBay Mobile Australia, a vehicle is sold every nine minutes, a ladies handbag every four minutes and a pair of ladies shoes every two minutes.

After releasing these findings, eBay Australia was quick to point to the results of its Online Business Index from March, which suggests eBay’s huge investment in mobile commerce is resonating with sellers.

“In this year’s OBI, 72% of the top 3,000 Australian eBay sellers said mobile commerce would play an important role in their business strategy this year,” Sharkey said.