Eight things you need to know from the Apple conference 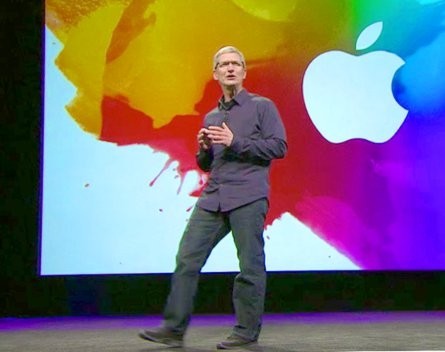 While last year’s conference saw Apple’s biggest ever update of iOS come into place with the completely redesigned iOS 7 operating system, this year’s changes are about extra features and integrating Macs more seamlessly with iPhones and iPads.

Here are the eight key developments you need to know about.

The Messages app will now let you send audio and video messages, share your location, see every attachment from a conversation and send multiple photos and videos at once. You can now quickly send photos, video or audio messages by holding your finger on the camera icon and releasing it, reports Tech Crunch. Just like Snapchat, messages can be set to expire after a few minutes and will delete from your friend’s phone.

Apple has added a predictive text feature to its keyboard that has been available on BlackBerry, Android and Windows Phone devices for some time. As you type, a choice of words or phrases that you’d probably type next will appear, based on your past conversations and writing style. Apple says the feature takes into account the casual style used in Messages and the more formal language used in Mail. It also adjusts based on the person you’re communicating with.

Family Sharing lets up to six people in a family share purchases from iTunes, iBooks and the App Store without sharing accounts. It also automatically sets up a family photo stream where you can share photos, videos and comments.  All the files will then synch and stay up to date on everyone’s devices.

HealthKit and the new Health app will combine data from various health and fitness devices and apps, and make them accessible in one place. The data collected from different health tracking apps, such as your heart rate, calories burned, blood sugar and cholesterol, can all be viewed and tracked to give you a clear and current overview of your health. You can also create an emergency card with important health information, such as your blood type or allergies.

5. Answer phone calls from your Mac

Now you can make and receive phone calls on your Mac, as long as your iPhone is running iOS 8 and is on the same Wi-Fi network as your computer. You can also start writing an email on your iPhone and pick it up on your Mac later. Or browse the web on your Mac and continue from the same link on your iPad. It will happen automatically when your devices are signed in to the same iCloud account.

The new iOS 8 includes a search box on the desktop that give users the ability to search files on the computer and in iCloud, as well as the wider web. The feature is designed to make it less necessary to turn to Google.

7. Get your smart devices working better

Bought a smart TV or a smart fridge and not sure why it’s so smart? The new HomeKit tool creates a standard for developers to pair their iPhones with different smart home devices to make it simpler for users to provide secure access to those devices, reports Tech Crunch. It will also have Siri integration, allowing users to say ‘good night’ to their phone, which could signal that smart locks should be locked and smart lamps turned off.

While this announcement will mean less to the average Mac user, programmers are intrigued by Apple’s new programming language called Swift. The new language will coexist with Objective-C as the main programming language on Apple’s iOS devices. Apple also announced its update of its Mac OS X Yosemite operating system, which will give developers the opportunity to access features from their apps directly from OS X, even when you’re not using the app itself.