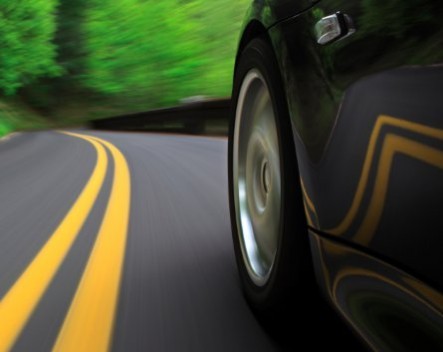 As speculation again swirls around the future of General Motors Holden in Australia, a Melbourne-based vehicle engineering start-up is going from strength to strength.

EV Engineering is a consortium of companies based out of the York Butter Factory in the Melbourne CBD. Among this group is Axiflux, a start-up which has been developing a software-driven electric engine for several years.

Axiflux finished the first full iteration of the engine in early June. They plan to have an engine in one of the Holden Commodore vehicles previously owned by BetterPlace, another EV Engineering company that closed in late May, by the end of the year.

EV Engineering director and chief technology officer David Jahshan told StartupSmart Axiflux had embarked on what they thought would be a six-month development journey four years ago when green tech investment was thriving and they couldn’t find a good electric engine.

“Four years later, I can confirm engine develop is a lot more challenging than it looks like on the surface. Especially when you have a slightly different background because I’m from a digital systems engineering background rather than a power electronics background,” Jahshan says. “But that’s where the real opportunity arose, because the way I approached the problem was quite different from the way a lot of the other in-the-industry engineers designed engines.”

Axiflux’s fully software configurable engine includes a series of micro-processors. Jahshan says this has created an engine not bound by the constraints of traditionally developed engines.

“As a digital systems engineer, one of the tricks you use to get the product out quickly and with as many applications as possible is when you run into a difficult problem or a problem you are unsure of, you throw in a micro-controller or a micro-processor and you can fix that problem in software later,” Jahshan says.

Jahshan developed the first working prototype in just over two years. Jahshan switched focus to develop the business around the technology, and partnered with Chris Mosely who is now the Axiflux chief executive.

After receiving an infusion of capital from Adventure Capital, the team has grown to include several engineers and a full-time physicist who is exploring the underlying physics and involved in design work.

Axiflux joined the EV Engineering consortium in March. Prior to Axiflux’s involvement, EV Engineering had been liaising with the South Australian Holden manufacturing plants about creating electric versions of the Holden Commodore.

According to Jahshan, EV Engineering was set up a few years ago with the target to build an electric Holden commodore.

“The aim was to mass produce these cars, basically the underlying idea was about how to bring electric cars into the Australian market without damaging the local automotive industry,” Jahshan says. “Due to other external events that were in nobody’s control, the project didn’t go ahead to get Holden to fabricate and replace the Holden commodore.”

Joining the consortium gave Axiflux access to the BetterPlace fleet of seven vehicles and two test vehicles, and the battery pack and charging technology developed by EV Engineering.

“Issues began emerging in December issues for EV Engineering. We decided, as Axiflux, that the value inside EV engineering was fantastic and it would be a shame to lose it, so we joined them and started to bankroll the operation,” Jahshan says, adding the partnership will enable them to promote a complete product rather than just an engine.

With plans to have a complete demo car ready by the end of the year, Axiflux’s focus will increasingly be on finding manufacturing partners and commercialising the idea.

“Getting the product finished has been the main challenge, and ready as a demonstrator. The main reason we need to put it in a vehicle is a marketing one,” Jahshan says. “If you put an engine on the table, in front of an investor or client, they won’t get the kind of tacit feel for the product they need.”

Despite the cooling of the green tech investment boom, Jahshan says there are several possible competitors, two in Australia and one in the United Kingdom, who are also working towards launching electric engines.

“It’s an area a lot of people have identified as a big open sector where people can move new products in,” Jahshan says.

Jahshan says the blown-out development time means they’ve had to constantly update their to-market strategy but their confident if they can get the tech right, they’ll be able to find several industries interested in electric motors including vehicles, manufacturing and mining industries.

“I’ve been surprised by the reception of the product, and how much excitement it receives. There has been sufficient interest so far. We’ve watched the market develop and change, as is a primary concern, but if we can deliver what we believe we can, there is a market that is very keen for it,” Jahshan says.