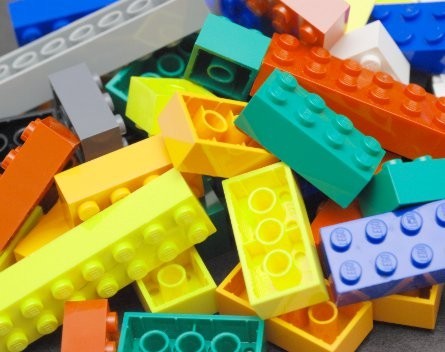 The Melbourne and Sydney start-up communities have united to fund the creation of a full-size car made entirely of Lego by a Romanian teenage hardware hacker.

The “super awesome micro project” was launched in April last year, after the Romanian entrepreneur Raul Oaida reached out to Melbourne-based serial entrepreneur Steve Sammartino, who raised tens of thousands of dollars from 40 entrepreneurs via Twitter to support the project.

Sammartino told StartupSmart the project was to show the world what was possible in the era of digital entrepreneurialism.

“This project is so we show the world the Australian start-up industry can match it with anyone,” Sammartino says. “We can go beyond the keyboard, we can make real things via the internet and opportunities that didn’t exist before.”

They’re currently seeking a “Silk Road Patron” to chip in $25,000 to fly Oaida and the vehicle from Deva, a small town in Romania, to Australia for its international launch via YouTube.

“Then we’ll adopt Raul and never let him go back, because we need him in our start-up culture. He’s a hardware hacker, and that’s where innovation is headed, hardware via software,” Sammartino says.

The car, which Oaida and Sammartino estimates weighs just over 500kg, can carry two people at between 40km/h and 70km/h. The engine is apparently air-powered.

Sammartino and Oaida have worked together on earlier projects, including sending a toy Lego space shuttle high into the atmosphere using a helium balloon.

“He found me. He’s a social media stalker, and he was reading my blog and we connected that way,” Sammartino says, explaining Oaida wanted to be connected to an investor in Sammartino’s network. “He’d built a rocket, and wanted someone to fund his space scientific project. But I explained I can’t just connect some kid from the internet if I didn’t know he could actually do it.”

The super awesome micro project was conceived by Sammartino and Oaida.

“He wanted to a build a normal car from his village, but I said he could do better than that to show off his skills, so we hatched this idea,” Sammartino says.

Describing the project as running late and over budget, Sammartino says he’s spent 50 times more than he planned to, and didn’t want to crowdsource the final transit amount from the community.

“I can’t keep asking people for favours as this has been longer and more expensive than we’d planned,” Sammartino says. “We need a Silk Road Patron to pay to get him here. Historically, bringing things from lands afar has taken humans to the next level. It’s about sharing information and learnings. It was spices and tea, but now it’s technology.”

Describing the patron as a modern-day Medici, Sammartino says it’s likely this person will come from the start-up community.

“This is a gift to the start-up community. When people all over the world can see the car, and the kid, and get amazed by the video, everyone can know the Australian scene is amazing.”