Eventbrite joins a growing list of US startups heading Down Under 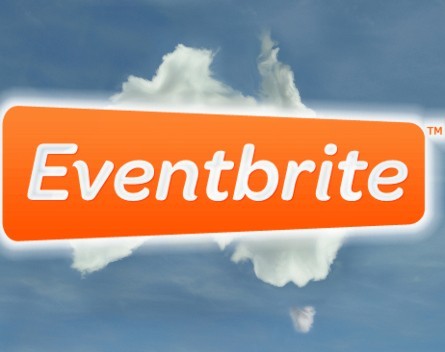 In what is becoming a familiar story for larger US startups entering the Australian market, Eventbrite officially opened its doors here last month after noticing huge organic growth without any marketing and publicity.

It joins a growing list of successful Silicon Valley startups that have launched or have a presence here, including Twitter, Stripe, Etsy, Elance-oDesk and Uber. A number of other companies are rumoured to be opening soon, such as Square.

They all tell a similar story; Australia emerged as a key market organically.

Elsita Meyer-Brandt, new market expansion and international marketing for Eventbrite, says that Australia accounts for 4% of its business, selling over 3 million tickets and hosting 75,000 events. Half were in the past year alone.

Eventbrite users have been able to use a localised version of the service in Australian dollars since 2011, and many still used the platform before then.

Meyer-Brandt says the company settled on Australia as one of its first international offices (it has headquarters in London and Dublin as well) both because of the growth here itself and the potential in the Asia-Pacific region.

Eventbrite originated as a self-service ticketing system, which had a focus on smaller tech meetups in its early days, but the company has since grown and morphed into a “multi-category” events e-commerce platform servicing larger events such as conferences, festivals and endurance sports competitions.

It was the growth in this area, which has influenced its local strategy.

“With these bigger events we really need account managers on the ground to be here and help facilitate things,” Meyer-Brandt says.

“We found that a lot of people were asking for features and help that was already available to them. This is just about being here, on the ground, and making them aware of all that we have to offer.”

The local headquarters will initially be largely marketing, business development and sales focused, but Meyer-Brandt did not rule out bringing on local engineers in the future.

One of the company’s biggest challenges to date though has been attracting the right staff, with Eventbrite legendry for its focus on developing and maintaining its emphasis on company culture (company employees are called “Britelings”).

“Culture is very important to us, so we have come across people who have the right skills, but aren’t the right fit,” Meyer-Brandt says.

She is confident though that the right candidates will come along.

Currently, it has a team of three staff, two in sales and one in marketing, and acquired the customer base of a local ticketing company, GreenTix.

Founded in 2003, GreenTix processed over 700,000 tickets in Australia to notable festivals including Rainbow Serpent, Equitana, and more.

As for the decision to set up in Melbourne over Sydney, Meyer-Brandt says it was a tough one to make.

“Usually when we’ve looked at regional headquarters there’s been an obvious place for us to set up, obviously London for the UK, and Dublin for Ireland,” she says.

“But when we looked at the stats we found that our customer base was very evenly split between Melbourne and Sydney.”

She says they eventually settled on Melbourne because of its strong emphasis on festivals and other cultural events.

Here are the links to the jobs that are open in the Australian office at the moment: