Everything you need to know about Apple’s iPhone 7 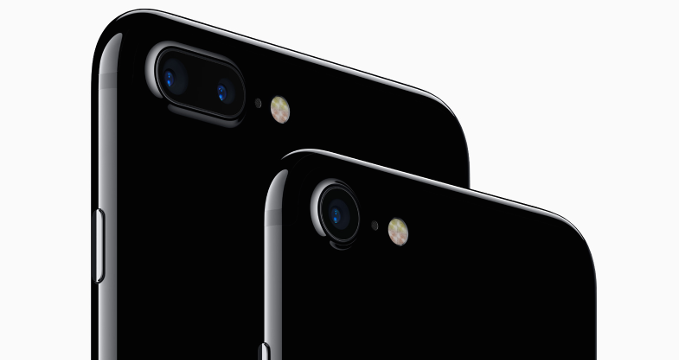 In a much anticipated launch event this morning, tech giant Apple has revealed its latest iPhone offering, with the seventh edition of the device to be available for pre-order this Friday.

Each edition of Apple’s flagship phone brings an array of new features and tie-in products aimed to shake up the phone market. This year is no exception, with Apple choosing to step away from the norm on a number of fronts.

“iPhone 7 and iPhone 7 Plus dramatically improve every aspect of the iPhone experience, reaching a new level of innovation and precision to make this the best iPhone we have ever made,” said Apple’s senior vice president of worldwide marketing Philip Schiller in a statement.

iPhones have always been available in a selection of varied colours, and the iPhone 7 is no exception. The full line-up is available in silver, gold, rose gold and the classic black finish, but the 128 and 256-gigabyte models will also be available in a new “jet black”.

Apple advertises this as “black so black, it’s black to the core,” but the new jet black is more than just a colour change, with the exterior of the model made from a different material. The jet-black model is made from bead-blasted aluminium, through a “nine step process of anodisation and polishing”.

Customers wanting the new jet-black model be warned: Apple has stated on the iPhone 7’s product page the “high shine” surface of the model “may show fine micro-abrasions with use”. To prevent scratches, Apple advises putting the jet-black model in a case.

2. Beefier insides, for both performance and battery

Each iPhone release comes with the latest and greatest of technological specs, and Apple has packed the company’s latest A10 processor inside the new iPhone, which it claims is “the most powerful chip ever in a smartphone”.

It’s the most powerful chip ever found in an iPhone at least, with the processing power being 40% faster than the iPhone 6, and a whopping 120% faster than the original iPhone model. The processor is split into four cores, two of which will handle the high-intensity processing done by the phone. Another two will run at one-fifth the power of the other two cores, allowing for longer battery life when idle.

Longer battery life is another thing Apple is going for, with the iPhone 7 reportedly having the longest battery life of any iPhone ever. Apple has not made it clear how they have achieved greater battery life, but chief executive Tim Cook said in the launch event the iPhone 7 would last two hours longer than its predecessor.

3. A brighter screen, louder speakers, and a touchier home button

The iPhone’s innards aren’t the only thing getting a rework – the phone’s screen, speakers, and interface all getting an upgrade.

Building on the company’s ‘Retina’ display technology, the iPhone 7 will feature a 25% brighter screen with “the best colour management in the smartphone industry”. The screen sizes themselves will mirror the iPhone 6 and 6+ perfectly.

The phone is receiving a new home button designed to be more “durable and responsive”, with customisable tactile feedback based on Apple’s new “Taptic Engine”. This means the button will now vibrate on touch, acting similarly to the company’s newer model Macbook laptop touchpads.

Finally, a new set of speakers will adorn the bottom of the device, providing a high range of sound that is twice as loud as the iPhone 6. These speakers are a welcome upgrade, as Apple has shocked the world by choosing to not include a standard headphone jack in any of the iPhone 7 models.

In a move that has been rumoured for a while, Apple has chosen to remove the classic 3.5 mm audio jack on all models of the iPhone 7. The company is offering an adapter for users who still want to use their old headphones, but the new iPhone will transmit all its audio through the “Lightning” port, which is also used for charging.

To help ease new consumers into the drastic switch, Apple is offering a pair of its new “Airpod” wireless headphones, which will be priced at $229. The new headphones are completely wireless, using Bluetooth technology to connect with the new iPhone.

The Airpods include a charging case that provides the headphones with around 5 hours of battery life before they need to be recharged.

One of the biggest changes will be the revamped camera, with both models featuring a 12-megapixel camera with optical image stabilisation and a larger f/1.8 aperture for all photography buffs out there. Apple has boasted this will enable high-quality low-light photography, and more vibrant colours.

The iPhone 7+ comes with another camera that sits alongside the first. This camera is a similar 12 megapixels, but also features two times optical zoom and 10 times digital zoom for higher quality zoomed photographs.

Apple has stated that later this year, 7+ models will receive a depth-of-field mode which will use machine learning to help separate backgrounds from foregrounds in shots. This will achieve “amazing portraits once possible only with DSLR camera”.

One of the key new features of the iPhone 7 is its water resistance, with a reworked phone enclosure protecting the phone from water splashes and spills. The new enclosure will also protect the 7 from dust damaging the interior.

However, Apple has warned customers the new iPhone is not entirely waterproof, having an IP rating of just 67. The company also warns against charging a wet iPhone.

Finally, in non-phone related news, the Apple Watch is getting a new version featuring GPS, a brighter display, and up to 50 metres of water resistance. The Watch’s operating system is getting revamped also, and it will be available from $399.