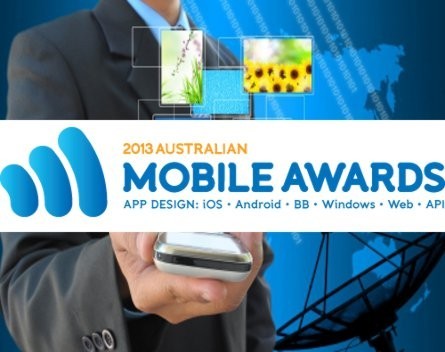 Six finalists, including a couple of start-ups, have been announced as finalists in the 2013 Australian Mobile Awards competition.

The finalists were selected from over 200 projects, based on scores achieved from industry review and crowdsourced scores.

Awards director Mark Bergin told StartupSmart the two-tier scoring system allowed them to stay ahead of the curve with design trends and in touch with the market.

The finalists include a range of companies such as Milipede Creative Development, Oneflare, Nomad, Evolution 7, Falinc and Willow Ware Australia Pty Ltd.

Bergin says while the apps cover a range of topics, those that are the most user-focused and human perform better.

“Generally the projects that do extraordinarily well have one attribute ahead of their contemporaries, excel at being people-focused and making people’s lives better,” Bergin says. “Mobile apps are very close to your personal space, and in many ways you may have more reliance on key apps than your closest friends. You rely on them to get your through life.”

Bergin recently returned from the London Design Festival and says next year they will be offering a category exclusively for start-ups.

“They’ve all been on the same playing field this year but next year we’ll be looking at making an emerging organisation category. We’re not going to have someone with less than a million downloads and less than $5 million in turnover up against something like LinkedIn or Spotify,” Bergin says.

Bergin says they’re exploring how to celebrate app ideas that are still in development or beta testing.

The winners will be announced in two weeks at the awards ceremony in Sydney.

Bergin says the awards are about celebrating new ideas and the courage to experiment.

“We’ve avoided a prize pool style competition because this is about celebrating the courage of everyone who has been involved in proposing their projects and seeing them rated by their industry,” Bergin says.