Five of the best Australian startups focusing on bots and automation 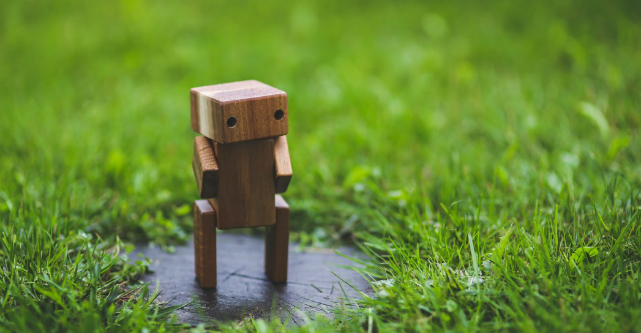 Robots might not be taking over the world yet but they’re certainly becoming ever more popular in the startup world.

Innovation and automation often come hand in hand these days, sometimes with physical robots, and other times with more subtle and clever AI algorithms as the backbone of services and apps. Below, we explore five of the coolest Australian bot-related startups featured on ProductHoist.

Originally born in Australia, this ambitious venture is looking to compete head-on with Google and Amazon to be the company spearheading the way in commercial drone deliveries.

You’ve probably heard all the rage about drones or “unmanned aerial vehicles” (UAVs) particularly in the last few years as the idea has begun to really pick up steam. Unfortunately the biggest issue holding back commercial flying drone services is the problem of safety and regulations.

Luckily, Flirety, in collaboration with NASA, is actively developing an air traffic control system for drones so we can all enjoy having our pizzas and designer shoes delivered to our door by on demand flying drones! With successful flight tests in Australia, New Zealand and the US, and further applications in medical and food delivery, Flirtey is most certainly a top contender for the most impressive Australian bot startup on ProductHoist.

This Melbourne-based startup has jumped right onto the robotic bandwagon to create some truly remarkable and life-changing robots.

Originally started by a group of undergraduate students with a bright idea, 2Mar Robotics has constructed two impressive and accessible robotic products: Jeva and Teleport.

Jeva is a flexible, easily controlled robotic arm attached to a wheelchair which allows quadriplegic patients to go about their everyday lives with far greater ease and comfort. Teleport, on the other hand, is a teleprescence robot which allows you to be anywhere in the world while still sitting at the comfort of your desk. T

eleport has immense applications from international business to healthcare, education and commercial use. 2Mar is now aiming to combine Jeva and Teleport to enhance their user experience even further.

Reviews make or break app success on the market, so if you’re just releasing your neat app idea or managing a startup which hinges about one you’re going to want some tool that helps you keep up with user feedback.

Appbot makes it a whole lot easier to stay on top of analytics, reviews and feedback by utilising web scraper bots to feed you all the latest reviews and analytics of your app. Only 3% of developers bother responding to reviews, so by using Appbot to respond to complaints, bugs and requests quickly, you can stand out from the crowd. Appbot is currently used by some of the biggest apps out there, including Uber, Evernote and Pinterest, so these guys aren’t messing around.

Perhaps you want to get into a new healthy habit like meditating, exercising or drinking water, or perhaps kicking an old one? Maybe you just want to keep track of your health or quantify some bit of your day-to-day for self-improvement.

Tracking data in spreadsheets, reminder apps and what not can be a pain however, so BadgerMe has come up with a rather nifty solution of outsourcing your memory and brainpower to an automated bot call which asks your desired question at a set time for your progress.

BadgerMe then takes your response and automatically logs it, saving you the time and effort of logging it yourself. The service is currently in Alpha testing, but you can sign up for the beta which will be starting very soon if you’ve got something you need badgering about.

Shido – cleverly named after the phrase “get shit done” – is a chat bot integrated through Slack that gets you connected with professional freelancers who’ll get whatever task you need done in four hours or less.

Developed in collaboration with speedlancer.com, Shido gets you in contact with top-tier writers, quality designers and data entry ninjas for whatever job you need done quick. If you’re in a pinch and need something done ASAP, give Shido a buzz.

This article was first published on IdeasHoist.