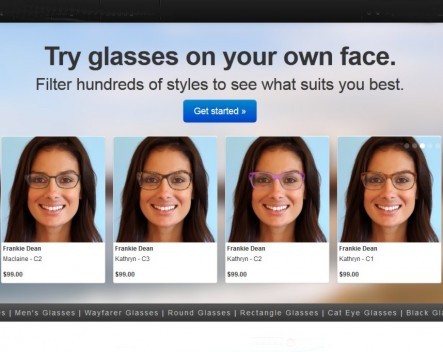 A Sydney start-up is set to shake up the market for online glasses frames by creating a platform that allows users to quickly compare what they would look like wearing a wide range of frames.

Peter Anderson, founder of FrameFish.com, came up with the concept after hearing the people behind glasses retailer Sneaking Duck raise the issue of creating a platform where people can try on frames virtually.

Anderson, who left his role as a financial analyst with global bank Credit Suisse to study computer engineering at the University of New South Wales, used the vision technology he applied as part of his role on the university’s robot soccer team to create the comparison platform.

The platform uses a computer’s camera to take a photo of a person’s face and then overlay glasses frames chosen by the user from a number of retailers, which can be compared side by side.

Anderson told StartupSmart the process is faster than other comparison virtual try-on platforms because image compositing is done on through the computer’s browser rather than a server, or in Flash.

FrameFish has partnered with four online glasses retailers – Frankie Dean, Sneaking Duck, Oscar Wylee and Bespecd – and is also discussing offering the platform as a plug-in for other eyewear retailers.

Anderson says one of the areas he’s looking to grow the site is in social sharing.

He says users will be able to share pictures of themselves wearing different frames with friends through Facebook or Twitter or even other users of the site for feedback.

“If we can get that to work that would be a great growth mechanism.”