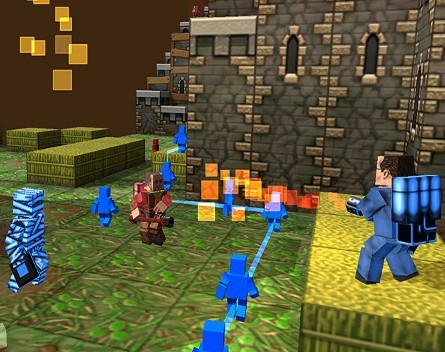 The federal government’s decision to scrap the Australian Interactive Games Fund has been criticised by Melbourne developer 3 Sprockets and the Game Developers Association of Australia.

Association CEO Antony Reed said the move to scrap the fund, which has been administered by Screen Australia, was made without consulting the industry.

“We’ve made numerous attempts to contact the Attorney-General’s office [Attorney-General George Brandis is also the Minster for the Arts] in the months leading up to last night’s announcement, including providing economic data and highlighting the successes the Australian game development sector has had on the global market,’’ he said in a statement.

“We have yet to receive a single response.

“If the government is serious about creating a better future for Australians, then supporting innovation, creativity and culture is essential, and the Australian game development industry represents one of the most exciting sectors of the knowledge economy.”

Sad day for #gamedev in Australia. 2014 #ThreeWordBudgetkills the Games Fund. Vidya games eh? Imagine if that was a profitable industry…

Oh man. RT @chainedchaos31 I seriously just cried after finding out about the immediate termination of the Interactive Games Fund.

The body responsible for administering the fund, Screen Australia, was not accepting interview requests, but in a statement said it will not be accepting any further applications to the fund “effective immediately”.

Those who made submissions to the fund’s Games Production program received or postmarked on or before close of business yesterday will still be assessed against the criteria and successful applicants will be advised.

The fund launched in 2013 after a period of industry consultation and since has supported 10 companies and 29 projects.

It drew criticism from some in the industry for not being supportive enough of emerging developers and favouring the ‘old guard’.

One of the companies it supported was 3 Sprockets, developers of Cubemen, Cubemen 2 and Fight the Dragon. Director and lead developer Seon Rozenblum says the fund was never given a chance to prove its value.

“The fund wasn’t even a year old yet and I believe the direct results from the fund’s effectiveness was at least another 6-12 months away, so it was very premature to scrap the funds, as we are now never likely to be in a position to truly judge its effectiveness in helping grow the industry,” he says.

“They should have at least let it run its initial 24 month course so there was concrete evidence available to judge its worth.”

By cutting the interactive games fund, pulling back on OzCo etc, it’s clear the govt has finally killed off Labor’s cultural policy.

The company was awarded a grant in the last round of funding a few months ago, and even though it only makes up a small portion of 3 Sprockets’ budget, Rozenblum says it was a welcome contribution.

“It allows us to contract additional local talent to help accelerate our content creation,’’ he says.

“Using the funds to bring more people onto our team even for a short period of time is really just putting the funds back into the local workforce, helping to increase jobs, increase skills, which ultimately helps studios like ours to compete on the world stage.

“It also helps prevent these talented people from leaving the country to look for work offshore.”