Gloves off for Google v Apple after I/O conference announcements 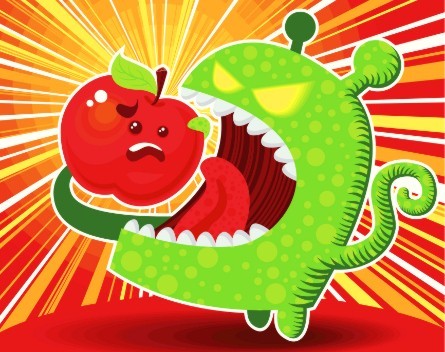 “The gloves are off between Google and Apple” in the battle for the hearts and minds of consumers, according to Martin Halford, CTO of Australian app developer Appster.

Halford says Google has watched Apple build an impressive ecosystem of apps and devices that lock consumers into the Apple product stream, and its answer is to integrate Android into everything – phones, Chromebooks, watches, TVs and cars.

StartupSmart asked a number of local developers for their reactions to the many announcements coming from Google’s I/O conference.

“This is not simply about sharing data but also control. Control of devices from each other – my Google Watch can receive messages from my Google Phone and I can place the call using my Chromebook, or show it on my Google TV – but also control of the consumers buying habits.

“Google has an impressive array of device manufacturers allegedly poised to release TV’s, watches, cars and, of course, phones on which they are aiming to further penetrate the market. In the past, Google has relied largely on the highly successful Samsung Galaxy range of smartphones (with the help of a smorgasbord of low end Android phones) to capture the lion’s share of the smartphone market.

“If they have convinced the principal automobile, TV and wearable appliance manufacturers to nail their colours to the Google mast then this might be the tipping point for Google to permeate many more aspects of our daily lives. As Google are not, primarily, a hardware manufacturer then, just as Microsoft relied on their OEMs to make Windows the predominant PC platform, Google has to get physical hardware out to the consumer base via third-parties in order to succeed. If this works for the current stable of manufacturers then expect Google refrigerators and vacuum cleaners soon!

“Of course, this is the direction that the good ship Apple have also been steaming for some time too. Apple recently announced the integration of their CarPlay system (with Siri) for car manufacturers and there are rumours of an Apple iWatch coming this Q3. Apple TV has been around for some time with moderate success but with rumours of a revitalised product coming out soon too.

“In addition, like Apple with their recent Health Kit SDK, Google is also targeting the fitness market, with their Google Fit SDK. The use of fitness apps to leverage smart watches is a clever idea and both tech giants are going after it aggressively.”

“This year at the i/o, Google have announced the release of their Google Cloud Platform for Developers. This allows us as app developers to host our apps on their cloud with a huge 68% cost decrease for cloud storage. This is huge. What else? With the Cloud Platform we get a powerful a powerful suite of tools, like the compute engine which will handle much of the processing work to speed up app performance, loading times, etc.

“This is a game-changer because a huge barrier of entry for software products thought up by the average person is the limitation of cloud processing power. Previously you would have to build this type of engine for many hundred thousand dollars to handle large scale data processing. But Google gives it to us for free.

“They also announced the ‘soon to be released’ Android One, which puts a simple yet powerful Smartphone in the hands of people from any economic background, anywhere in the world. Android is dominating by levelling the playing field and offering smart technology to everyone. Total equality.

“I’m really excited about all this and we’re investing heavily into Google-Tech, as should the rest of Australia.”

“Many of the new APIs in Android will make meaningful contributions to the apps we produce including AFL Live, Cricket Live and the newly released Better Health Channel for Android app. Changes in Android L will enhance the user experience and provide better performance.

“We have already created two wearable applications – AFL Live for Pebble and Snap Send Solve for Google Glass. Android Wear is another exciting addition to the wearables space and we are already planning on creating new apps for the platform.”