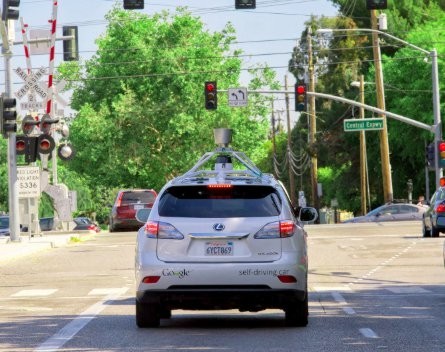 Google has announced a shift in focus for its self-driving car program towards mastering the art of city driving, rather than driving along freeway.

The project team says it has now chalked up more than 700,000 miles or 1.126 million kilometres of autonomous control with its self-driving vehicles.

In a statement on the project’s progress, Google self-driving car project director Chris Urmson says city driving is much more complex than freeway driving on account of the number of moving objects.

“We’ve improved our software so it can detect hundreds of distinct objects simultaneously—pedestrians, buses, a stop sign held up by a crossing guard, or a cyclist making gestures that indicate a possible turn. A self-driving vehicle can pay attention to all of these things in a way that a human physically can’t—and it never gets tired or distracted,” Urmson says.

Urmson says the patterns of a crowded street are often far more predictable for a computer than they are to the human eye.

“As we’ve encountered thousands of different situations, we’ve built software models of what to expect, from the likely (a car stopping at a red light) to the unlikely (blowing through it),” Urmson says.

“We still have lots of problems to solve, including teaching the car to drive more streets in Mountain View before we tackle another town, but thousands of situations on city streets that would have stumped us two years ago can now be navigated autonomously.”

The program first allowed a visually impaired person to “drive” a car in April 2012, with the company first gaining its first licence for its autonomous vehicles from the state of Nevada a month later.