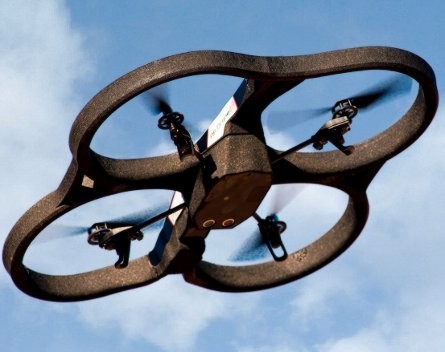 Google has announced the takeover of drone aircraft manufacturer Titan Aerospace, outmanoeuvring Facebook in the process.

As SmartCompany reported in early March, Facebook was believed to be interested in launching a $60 million bid for the drone aircraft maker.

At the time, it was believed the social media giant was primarily interested in Titan’s technology in a bid to launch affordable, low-cost internet services in emerging markets.

Titan’s drones – dubbed “atmospheric satellite platforms” by the company – fly at an altitude of nearly 20 kilometres and are equipped with solar panels, allowing them to continuously remain in flight for up to five years without needing to land.

While most of the content on its website has been removed since the announcement, the New Mexico-based drone aircraft manufacturer originally described its primary market as being for high-resolution imaging.

“Titan Aerospace provides persistent solar atmospheric satellite platforms to global customers for easy access to real-time high-resolution images of the earth, voice and data services, and other atmospheric-based sensor systems,” the company stated on its website as of March this year.

A Google spokesperson emailed SmartCompany and said providing internet access was one of the key benefits of purchasing Titan.

“Titan Aerospace and Google share a profound optimism about the potential for technology to improve the world. It’s still early days, but atmospheric satellites could help bring internet access to millions of people, and help solve other problems, including disaster relief and environmental damage like deforestation.”